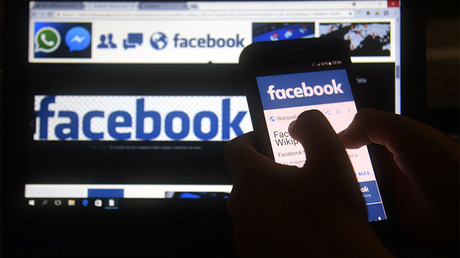 Facebook’s chief operating officer has said that if users aren’t comfortable with their data being shared with advertisers, they would have to pay to use the platform.

Sheryl Sandberg, second in command at Facebook, told NBC News that the social media platform runs on user data, and the only way users would be able to completely opt out of sharing any of their data would be if Facebook implemented paid subscriptions.

When asked why no opt-out button exists already, Sandberg said “that would be a paid product.” Sandberg insisted that facebook does not sell or give away users’ personal details to advertisers, but maintained that the company’s business depends on that data, and on using that data to target ads at users.

So is like “Sheryl Sandberg” telling us that if we want our data back we gotta pay for it?? That’s like the craziest ransomware EVER! #Facebook

I’m seriously disappointed in Sheryl Sandberg’s attitude towards privacy: she says we’ll have to pay for it. Even if they offered that option, how the hell can we trust Facebook again?!?https://t.co/HV3AomP3ez

As Facebook performs privacy audits in the wake of the Cambridge Analytica data-leaking scandal, Sandberg went on to tell users that the data breaches are far from over. “I’m not going to sit here and say that we’re not going to find more [breaches], because we are,” she said.

Sandberg attempted to explain the Cambridge Analytica scandal, in which some 87 million users had their private data, and that of their friends and contacts, accessed by the British consulting firm. She said that, while Facebook knew about the data breach over two years ago, the company kept quiet as it trusted Cambridge Analytica to delete the data of its own accord.

“They gave us assurances, she said, “and it wasn’t until other people told us it wasn’t true.”

Facebook’s reputation took another hit this week, with the revelation that the company sent a doctor on a secret mission to top US hospitals, to try and convince them to share private patient data. Access to this data could be lucrative to healthcare providers and pharmaceutical companies, who could tailor and target ads directly to the news feeds of people with specific illnesses.

Sandberg’s interview is just one of several damage-control efforts taken by Facebook since news of the scandal broke last month. In an effort to win back public trust, Facebook announced it would no longer share user data with third parties, and would implement a host of new privacy controls for users.

Mark Zuckerberg is due to appear before a congressional panel on Wednesday, April 11. Until then, the list of questions he’ll have to answer grows longer by the day.