Democrats thought they would capitalize on outrage over Kavanaugh’s confirmation, but they were wrong, a new poll shows.

Pundits and Democratic strategists predicted that there would be electoral consequences for Republicans’ support for Kavanaugh, who was accused of sexual misconduct by several women – but a recent CNN poll suggests otherwise. 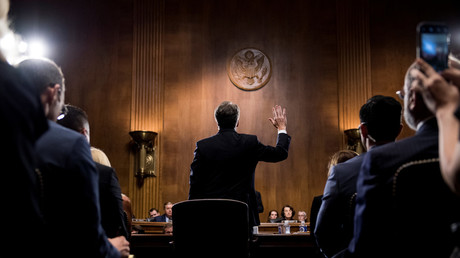 Conducted between October 4-7, as the Democratic resistance against Kavanaugh’s nomination reached its climax on the Capitol Hill and on the streets, the poll’s results look far from promising for Democrats. Only 36 percent of voters who participated in the poll were persuaded by the Democratic Party’s performance during Kavanaugh’s confirmation, while 56 percent disapproved. However, the Republicans didn’t fare any better, with 35 percent of respondents saying they approved with the GOP’s handling of the confirmation hearing, while 55 percent expressed disapproval.

While neither party seems to have won over independent voters with their performance, it appears that the Democrats will have to reassess their belief that Kavanaugh’s nomination will provide a noticeable bump for them during November’s midterm elections.

Kavanaugh was sworn in on Monday despite mass rallies and vocal protests by liberal lawmakers. Many demonstrators were carrying signs that read ‘I am a survivor, not a troublemaker’ – a reference to Donald Trump’s characterizations of protesters as “troublemakers” – as they attempted to disrupt the Supreme Court vote. Dozens were arrested.

Despite mounting pressure ahead of the vote, senators voted along party lines, with the exception of Democrat Joe Manchin of West Virginia and Alaska Republican Lisa Murkowski. The preceding political bickering has further polarized US society, with the political divide between conservatives and liberals widening since the election of Donald Trump two years ago.