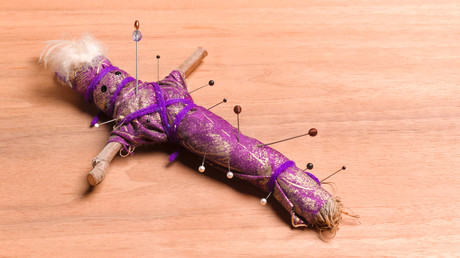 A sex-trafficking nurse has been jailed for 14 years after subjecting Nigerian women to voodoo rituals in order to force them to work as prostitutes in Germany.

London-based Josephine Iyamu was convicted in Birmingham Crown Court of arranging travel for sexual exploitation and perverting the course of justice, according to the Birmingham Mail. The 51 year old, known to her victims as ‘Madam Sandra’, had been accused of trafficking five women, making them eat chicken hearts and drink blood during “juju” ceremonies in which they were made to swear an oath never to go to police.

Liberian-born Iyamu charged the victims up to €38,000 for organizing a four-week trip across the Sahara to Tripoli in Libya. There they would board inflatable boats for a voyage across the Mediterranean. German police launched an investigation after a brothel owner alerted them to the suspicious paperwork of one of his workers. Iyamu was later identified as the ringleader of a massive human-trafficking operation. She was arrested at Heathrow Airport in August last year.

In sentencing, Judge Richard Bond said the woman showed “a complete disregard for the welfare” of the women. “You saw them not as living, breathing human beings but as commodities to earn you large sums of money,” he said, according to the Daily Mail.

READ MORE: Nigerian man beaten by mob for ‘turning human into a goat’

The trafficked women were made to work as prostitutes to repay the debt. Prosecutors claimed that Iyamu, a British national, used the voodoo ceremonies to maintain psychological control over the women. Iyamu became the first British national prosecuted for offences under the Modern Slavery Act for trafficking victims outside the UK. She had worked as a nurse for a short stint in south east London hospitals.