Devastating volcanic eruptions, caused by excess carbon in the atmosphere, could one day lead to the mass extinction of all marine animals, and possibly all life on Earth – so says a new study.

The dire warning comes amid dramatic seismic events in Guatemala and Hawaii, where hundreds of people have been either killed or displaced from their homes in recent weeks.

Researchers from Florida State University looked at data dating back millions of years to the Early Jurassic Period, when powerful volcanoes spewed huge amounts of carbon dioxide into the Earth’s atmosphere, drawing oxygen from the world’s oceans and killing marine life. The phenomenon was known as the ‘Toarcian Oceanic Anoxic Event.’ 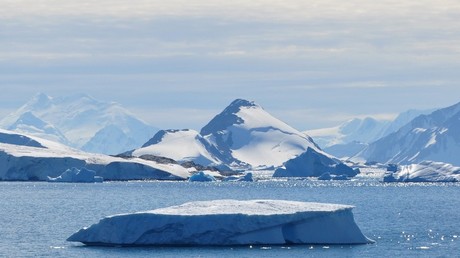 “It’s extremely important to study these past events,” said Theodore Them, a postdoctoral researcher at FSU. “It seems that no matter what event we observe in Earth’s history, when we see carbon dioxide concentrations increasing rapidly, the result tends to be very similar: a major or mass extinction event.”

“This is another situation where we can unequivocally link widespread oceanic deoxygenation to a mass extinction,” Them said. “If you’re an oxygen-consuming organism, you don’t want to see major changes in marine oxygen levels. You either adapt or go extinct.”

The study, published this week in the journal Proceedings of the National Academy of Sciences, outlines how a continued rise in carbon dioxide and global temperatures could spark a “cascade of hydrological, biological and chemical events that conspire to sap the oceans of oxygen.”

The study is of particular concern given the number of volcanic events taking place across the Earth just now. But according to Smithsonian’s Natural History Global Volcanism Program, any thought that volcanic activity has increased is a load of old rubbish.

More than 1,500 volcanoes on the planet have erupted at some point in the last 11,500 years. Today, some 15 volcanoes are spewing their volcanic ash and carbon-based materials into the blue sky above – a number very much consistent with any time in modern history.