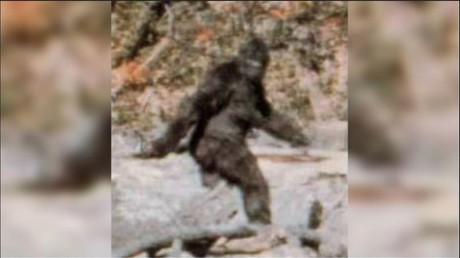 US Congress Republican candidate Denver Riggleman has been accused by a political rival of being a “devotee of Bigfoot erotica” – yes that’s right, the mythical monster that legend states stalks the wilderness of North America.

The Republican Party’s nominee for the 5th Congressional District of Virginia election this year, Riggleman is up against former CBS journalist Leslie Cockburn.

Cockburn has now dropped a Bigfoot sized bomb on her rival’s campaign, accusing Riggleman of promoting ‘erotica’ based on the simian creature. The Democrat tweeted an image of Riggleman’s Instagram appearing to show “cover art” of a naked Bigfoot with the legendary beast’s private parts censored. A superimposed picture of the drawing with Riggleman’s face was later published on Twitter by Cockburn.

My opponent Denver Riggleman, running mate of Corey Stewart, was caught on camera campaigning with a white supremacist. Now he has been exposed as a devotee of Bigfoot erotica. This is not what we need on Capitol Hill. pic.twitter.com/0eBvxFd6sG

Social media has since gone wild over the accusation, with the terms ‘Bigfoot’ and ‘Denver Riggleman’ trending online. Riggleman has yet to respond to the claim.

You gotta chime in on bigfoot’s dick that’s how this website works. You do it fast enough you’re a hero, you wait too long you’re a putz.

Honestly, Bigfoot erotica is the least offensive thing to come out of the GOP since the 2016 election

Cockburn, who has previously criticized Riggleman for failing to announce whether he endorses Republican US Senate candidate Corey Stewart, also accused her opponent of associating with a white supremacist.

In 2017, Stewart appeared at an event alongside with Jason Kessler, who later organized the Unite the Right Rally attended by white separatists in Charlottesville last August.

Last week, Riggleman wrote an article in The Roanoke Times about the Charlottesville rally and subsequent car attack last year distancing him from the far right.

“The country in which we live should be a shining beacon of freedom. Neo-Nazis are cultural parasites. To any white supremacists intending to come back to Charlottesville on August 12 this year, I say this: You are not welcome. Go back to your cave,” he wrote.