Newly released footage appears to prove Jeremy Corbyn did not lie about having to join seatless commuters on the floor during a three-hour train journey last year in a scandal known as ‘Traingate.’

The Labour leader was filmed by freelancer Yannis Mendez from the floor of a train, where he chose to sit instead of upgrading to first class, on his way to Newcastle from London last August.

Corbyn discussed the state of Britain’s privatized rail system, adding that the train was “ram-packed” and that “the reality is there are not enough trains.” 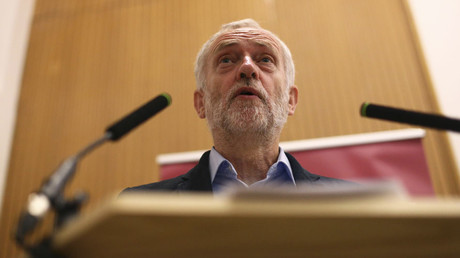 After CCTV footage was released by Virgin boss Richard Branson, appearing to show Corbyn and his team walking past empty seats on the train, he was accused of staging the scene to make a political point.

Plutocrat tycoon Branson tweeted: “What about all those empty seats he passed?”

Following the controversy, Mendez made a formal request for the complete CCTV footage.

It took Virgin seven months to comply. The firm claimed it did not release all the footage due to “technical difficulties.”

The report by Double Down News featuring the footage has gone viral. It shows the “empty” seats were actually occupied, with some passengers only visible when they move into frame, or taken up by small children not shown.

The newly released footage also shows many other passengers also sitting on the floor of the train.

Twitter users are now calling for Virgin and Branson to make an apology for accusing Corbyn of lying.