There has been an astonishing 80 percent drop in violence against prison officers at the notorious Feltham Young Offenders’ Institution due to inmates lapping up the offer to exchange good behavior credits for sweets.

Frequent attacks on prison officers last year were said to be common place at the youth offenders’ prison in west London, according to inspectors who concluded that the institution was “not safe for either staff or boys,” reports the Independent. 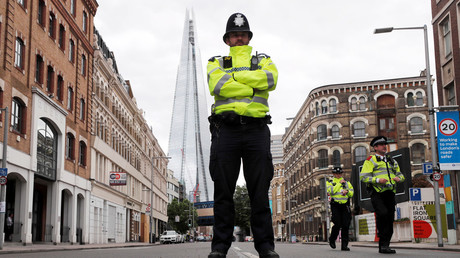 However, the turnaround that has seen violence against prison officers plummet and inmate on inmate attacks fall by a third has been credited to a change in philosophy by the youth institution’s leadership. Less stick and more carrot…or maybe make that some Jelly Babies, seem to have improved behavior.

The HM Chief Inspector of Prisons had reported last year that “gang culture” was still having a “significant impact” on the youth prison. “There was a cycle of violence and punitive responses, with no obvious strategy in place to break it,” said Peter Clarke. He goes on to claim that on revisiting the prison “this had changed, and we found a new focus on rewards and incentives for good behavior.”

A new scheme was introduced by the youth prison’s leadership whereby inmates’ good behavior is rewarded with credits that can be exchanged for sweets and chocolate. Furthermore, inmates can aim towards attaining a “gold regime” of increased freedom.

Feltham Young Offenders’ Institution, which currently houses 140 boys aged mainly 16 and 17, has come under heavy criticism, particularly from charities who have long-held concerns about the welfare of the youth prison inmates.

Frances Crook, chief executive of the Howard League for Penal Reform charity, responding to the latest violence reduction figures said: “There have been some improvements in Feltham and there had to be, because the prison was so dire at its last inspection that the inspectors declared it unsafe for boys and unsafe for staff.

“No one should pretend, however, that Feltham is a suitable place for a child. Less than half of the boys are able to have a shower every day, and we keep getting calls from children telling us that they are stuck in their cells for hours and hours on end.”