A victim of Daryll Rowe, the man convicted of infecting six people with HIV, has been denied compensation because he heckled a Tory politician during a one-man anti-austerity protest.

The unnamed man, who went by the name Matthew during Rowe’s trial, was entitled to £22,000 in compensation. However, a 2012 conviction for heckling a Conservative politician, meant that under Criminal Injuries Compensation Authority (CICA) rules, he was ineligible for a payout.

Matthew was the first of Rowe’s victims to go to police, resulting in Rowe’s subsequent convictions at Brighton Crown Court and the High Court in Edinburgh. 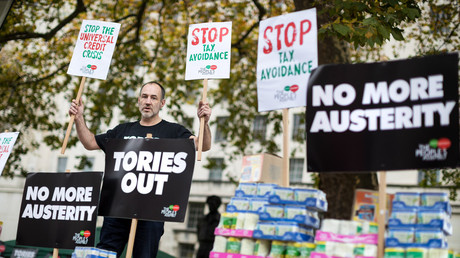 He was jailed for life last month for infecting six men with HIV and for trying to do so to three more. Rowe is the first person to ever be convicted of intentionally transmitting the virus.

Since news of the compensation denial broke on Buzzfeed, Scottish Conservative leader Ruth Davidson and the former UK Justice Secretary, Lord Falconer have written to CICA urging them to rethink the decision to withhold compensation.

He said: “What happened to Matthew was that in 2012 he attended a meeting of a politician and did a one-man protest against austerity shouting things like ‘no ifs, no buts, no public service cuts’.”

“He was disruptive but not violent. He was sentenced for a criminal offense to 100 hours community service,” he added.

Calling the incident “cruel” and “wrong,” he demanded that the compensation scheme at the CICA be changed, saying that as many as 400 people who had been victims of sex crime had been denied compensation under CICA rules.

A Ministry of Justice spokesperson said: “This was a repulsive crime and we have every sympathy for ‘Matthew,’ as well as the other victims in this awful case.

“The CICA compensation scheme clearly sets out that payments are reduced or refused if an applicant has an unspent conviction. Those decisions can be appealed through both CICA and the courts, and we are aware of an ongoing appeal in this case.”