The Pentagon is being sued by a veterans group after the agency exposed private information of soldiers’ military records on “a truly massive scale.” The information is being exposed due to lax security on a Defense Department website.

The Vietnam Veterans of America filed the lawsuit last week in federal court in New York. It states that a Defense Department website “is currently exposing private details about the military service of millions of veterans to anybody at all, anonymously, for any purpose,” the Miami Herald reported. 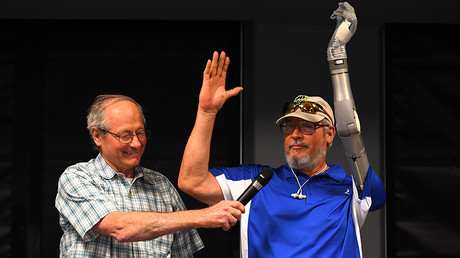 The website’s poor security measures allowed almost anyone to access veterans’ sensitive data just by typing the person’s name and date of birth, which many people know can be readily available on the internet. Because this information is readily available, the lawsuit alleges that the Pentagon is violating the Federal Privacy Act.

The Servicemembers Civil Relief Act website, which according to the Pentagon, garners 2.3 billion searches each year, is only meant to be used by authorized institutions, such as banks, to confirm the active duty status, the Herald reported.

The sensitive information has been misused by con artists and scammers alike in recent years. The personal data has also been used to impersonate government or other authorized officials to gain the trust of veterans.

A plaintiff in the suit, Thomas Barden, who served in the US Air Force for 21 years and is a Vietnam veteran, fell prey to the scammers.

Barden received a phone call from someone who identified themselves as being affiliated with Microsoft in March 2016 and convinced him his computer was at risk of attack. Then the person sold Barden firewall software to protect his computer. The caller knew all sorts of information about his military service, so Barden thought the person was authorized by the government.

The scammer gained remote access to Barden’s computer nine months later, locked it up, and threatened to hold his files for ransom unless he coughed up enough money.

Barden subsequently broke his hard drive into pieces because he worried the person would steal his data. Following this, he became so worried about his privacy that he threw the pieces of the hard drive into different trash cans over several days.

Barden still receives harassing phone calls from scammers to this day and it has caused him “significant anxiety and stress,” according to the lawsuit.

Since veterans draw a guaranteed, steady income from the government, they are a special target for scammers. In recent years, the amount of veterans reporting scams have risen. In 2014 the final tally for complaints made by veterans came in at 58,175. By 2016, the number grew to 69,801, according to the Federal Trade Commission’s Consumer Sentinel Network, according to the Herald.

Vietnam Veterans of America President John Rowan said in a statement, “Veterans are disproportionately targeted by scammers and identity thieves,” according to the Miami Herald. 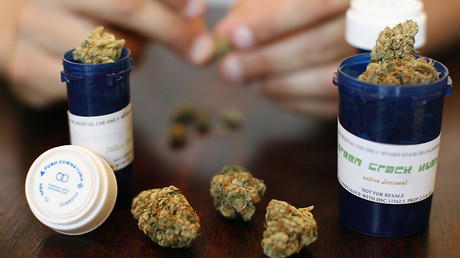 The Pentagon “is fueling the problem by leaving veterans’ private information easily accessible on the internet (and) has refused to properly secure veterans’ information,” he said. “We are asking a court to order them to do so,” according to the Herald.

The suit says the Department of Defense has refused to make any changes on the site to protect the information since being told of the gap in security. It continues on to point out that the Defense Department could implement a stricter online verification or user registration system, which are already in use by the Social Security Administration and Department of Homeland Security.

In the past, the Department of Veterans Affairs has also struggled with similar issues regarding protecting military information.

In 2014, a joint Pentagon-VA benefits website experienced recurring issues with the handling of private information about veterans. In this situation the information was also exposed to random visitors on the net. Also, many veterans who logged onto the site to check benefits and other information, received the information of other veterans instead of their own, Fox News reported.

The VA ranks number one in the country for the most privacy complaints. From 2011 to 2014, 220 complaints were received by the department, ProPublica Analysis reported.