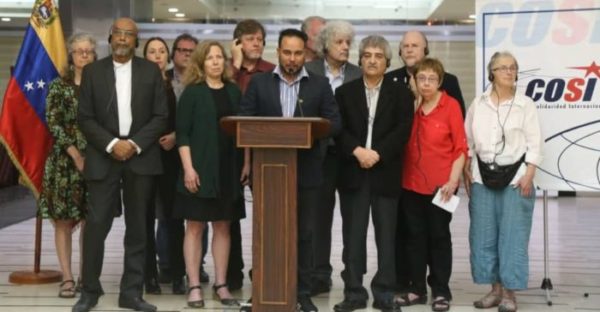 We are completing what became more than a week-long peace delegation to Venezuela organized by the US Peace Council and the Committee for International Solidarity in Venezuela (COSI). The trip was complicated by American Airlines cancelling all flights in and out of the country, leaving us scrambling for ways to get there and get home. We also arrived in the midst of the attack on Venezuela’s electrical system, which caused further complications.

Our delegation met with community groups, political parties and members of the government, including a private meeting with President Maduro. One theme that became obvious during the visit is that the United States’ imperialism is fundamentally weak. It relies on lies and bullying threats to get its way. So far, Venezuelans are resisting everything the US and its allies are throwing at it, but they remain vigilant and concerned about an escalation of attacks. 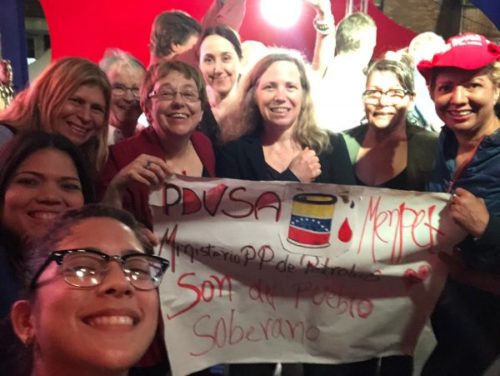 Rallying with the women oil workers outside the presidential palace on March 15, 2019 in Caracas.

Venezuela Unites in Response To US Attack on Electrical Grid

The attack on Venezuela’s electrical grid began on March 7 and continued for several days. The outage made life difficult for Venezuelans. Without electricity, water pumps could not bring water to people’s homes, refrigerators weren’t working and the subway couldn’t run.

People lined up to fill buckets with water. Lights were on, but not everywhere. When we talked to residents, we learned how they…