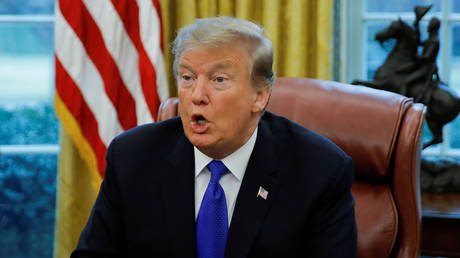 US President Donald Trump made social media go wild after pronouncing the name of the Latin American country in a very strange way that didn’t go unnoticed by users.

In a speech delivered in Miami, Trump called for the military to abandon President Nicolas Maduro.


Video of POTUS began circulating online as tensions ran high on the border with Colombia. Viewers mocked the president, who repeatedly mispronounced “Venezuela.”

Reminder that Trump, who’s exploiting a crisis in Venezuela to own the libs, had a hard time even saying the country’s name during his speech in Miami pic.twitter.com/JJsy3vICqg

Some users invented other potentil mistakes.

He struggles to pronounce majority of countries, Nepal =nipple, Bhutan =button, what a disaster he is.