The US will allow civilian nuclear projects at three sites – Arak, Bushehr and Fordow – to continue “under the strictest scrutiny,” to “ensure transparency and maintain constraints” on Iran, the State Department said.

This means that significant parts of Iran’s civilian nuclear program were effectively given a waiver from the US sanctions, imposed on Monday as part of Washington’s withdrawal from the 2015 Joint Comprehensive Plan of Action (JCPOA) nuclear deal. 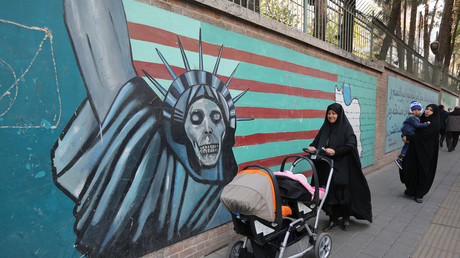 “We are not issuing waivers for any new civil nuclear projects. We are only permitting the continuation for a temporary period of certain ongoing projects that impede Iran’s ability to reconstitute its weapons program and that lock in the nuclear status quo until we can secure a stronger deal that fully and firmly addresses all of our concerns,” said the State Department fact sheet distributed to the media on Monday. “Each of the waivers we are granting is conditional on the cooperation of the various stakeholders.”

The waivers were described as an “interim measure” that “preserves oversight” of Iran’s nuclear program.

US Secretary of State Mike Pompeo mentioned the waiver during the press briefing earlier in the day, but the exact locations were clarified later by the State Department.

“What we have authorized is very narrow, very limited, very time-limited as well, but important nonetheless that these non-proliferation projects are not things that are taking place without some ability to see what’s going on,” Pompeo said.

“It’s a pretty complicated area, the non-proliferation issue. There are three. Bushehr is one of the three,” he added.

The nuclear power plant at Bushehr was set up with the help of Russia, which is supplying it with nuclear fuel.