Once again warning Turkey against buying Russian S-400 air-defense systems, the US State Department has gone a step further, to virtually threaten all its NATO and other allies with sanctions should they consider similar deals.

Noting that the ahead-of-schedule S-400 deliveries to Turkey would be another “concern” for the US, the State Department’s Heather Nauert stressed that Washington rejects other nations’ plans to diversify their defense system supplies. Earlier this week Rosoboronexport confirmed that the first batch of launchers will be transferred to Ankara in 2019.

READ MORE: Turkey will not ‘stay silent’ as Trump wages ‘economic war’ against a NATO ally

“It goes against our policy to have a NATO ally such as Turkey use an S-400 system. Part of the problem with that, it is – that it is not interoperable with other NATO systems,” Nauert said. “And so we are against the – having some of our partners and allies around the world potentially purchase S-400s.” 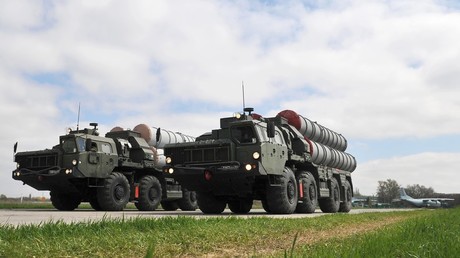 The spokeswoman noted that the US had already made it “very clear what could trigger sanctions for other countries and entities around the world,” if they go ahead with buying Russian systems. The so-called Countering America’s Adversaries Through Sanctions Act (CAATSA) mandates the US administration to punish entities engaging in significant transactions with Russia’s defense sector companies.

Turkey and the US are currently seeing a souring of bilateral relations, which on the surface revolved around the fate of Pastor Andrew Brunson, whom Ankara refuses to surrender to the US. Brunson, a US citizen who has resided in Turkey for over two decades, was arrested on terrorism and espionage charges as part of Ankara’s probe into the 2016 failed military coup. He is facing up to 35 years in prison if convicted.

President Recep Tayyip Erdogan over recent weeks repeatedly accused the White House of waging an economic war against the country, with the lira witnessing a massive drop against the dollar after the introduction of sanctions against Turkish steel and aluminum imports.

Ankara also repeatedly defended its sovereign right to buy weapons from any supplier it wants. The US, in turn, had been twisting Ankara’s arms, threatening to halt the delivery of F-35 stealth fighters, claiming Turkey’s human rights record wasn’t clean enough and that data collected by the S-400 may potentially expose the jets’ vulnerabilities. 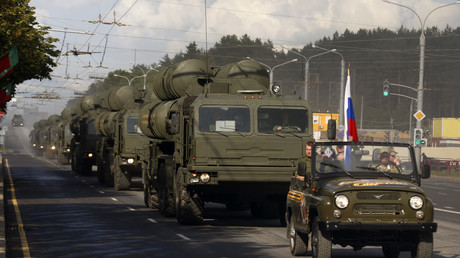 The actual issue is not about interoperability between Russian and NATO systems, but about the US struggling to maintain its sphere of influence, former US diplomat Jim Jatras told RT. “The problem with this is not really interoperability,” Jatras told RT. “There are many countries that procured military equipment from a number of different sources.”

“We do not really have allies, we have satellites and a good satellite does what it is told. And if it does not want to behave like a good satellite then we pull out a big stick and threaten them. I think ‘sanctions-happy’ is exactly the right word [to describe coercive US policies],” Jatras stressed.

Turkey is not the only country that is being pressured by Washington because of plans to purchase Russia’s S-400. US lawmakers have been threatening sanctions against India if New Delhi goes ahead with the $5.7bn deal to purchase five units. India, just like Turkey, remains committed to its deal, which is expected to be announced by the end of the year.