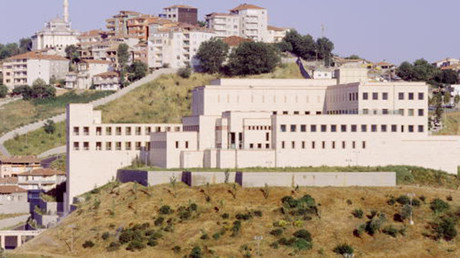 The US consul-general in Turkey has called on US citizens in Istanbul to steer clear of crowded public places and locations popular with tourists due to an imminent threat of attacks on US and other foreign nationals by extremist groups.

READ MORE: 2 suicide bombers blow themselves up in Ankara during police op

The security memo was published on the official consulate page on Saturday. While elaborating on the nature of the possible attacks that Americans can fall prey to, it listed “armed attack, attempted kidnapping, bombing, or other violent acts,” adding that they could be “pre-planned” and come “with little or no warning.”

For the sake of their safety, the consulate urged US citizens to reconsider their traveling plans, especially, if they are going to visit “locations where the westerners are known to frequent or reside.” Of particular concern are the major cities located in southeastern Turkey, in the border region with Syria.

Americans have been also cautioned to shun political gatherings and rallies as well as to avoid visiting places that attract large crowds and staying vigilant while visiting tourist spots.

Meanwhile, one policeman was killed and 16 people, including six officers, were injured in a car bomb blast in the eastern Turkish city of Bingöl, Turkish state news agency Anadolu reported Saturday.

A car bomb went off as an armored police vehicle passed. While no one has claimed responsibility, Turkish police said the armed wing of the banned Kurdistan’s Workers Party (PKK), which is considered a terrorist organization in Turkey, could be behind the assault. An operation to arrest the perpetrators is under way.

Turkey has been experiencing a wave of terrorist attacks attributed either to the PKK or to Islamic State (IS, formerly ISIS/ISIL). On October 9, 18 people, including 10 policemen, were killed and 27 people injured in a car bomb explosion in the southeast Turkish town of Semdinli, located in an area that sees occasional heavy fighting between the Turkish army and Kurdish militias.

The deadliest terrorist attack this year took place at Istanbul’s Ataturk airport in June, killing 43 people and injuring 239. It was blamed by the Turkish authorities on Islamic State.