The US military presence abroad is linked to “state repression” and may often stir up domestic conflicts and wars between nations, bringing greater regional instability, a report by RAND corporation found.

The report, titled ‘US presence and the incidence of conflict’, describes the impact of Washington’s military policy on other countries, be it allies or adversaries. While it habitually hails the travails of US military power, it nevertheless becomes more pessimistic when it comes to American deployments abroad.

American military presence may increase interstate militarized activities short of war, while provision of US military assistance “may be associated with increased state repression and incidence of civil war.” All nations, either friendly or hostile to the US, are “both potential initiators and potential targets of conflict”, meaning that any US ally could potentially swing from friend to foe at any given time. 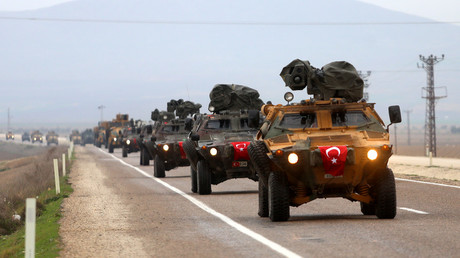 In addition to shaky alliances, the report also highlights that some nations may exploit ties, “which could embolden partner states to adopt more reckless policies.” This has most notably taken place under Turkish President Recep Tayyip Erdogan, who ordered Turkish troops to crack down on the US-trained Kurdish border force outside the Syrian city of Afrin.

“If partners expect to share the risk and consequences of their actions with a powerful United States, they may become more reckless in their foreign policy decisions. US partners may make more demands on adversaries, refuse to compromise in disputes, or even initiate conflicts,” the report says.

The study admits the US troop deployment may increase “militarized activities short of war,” as American adversaries may be more likely to initiate disputes against states with a larger US in-country troop presence.

In purely Machiavellian language, the report underlines the nature of its three most important pillars to its ‘full spectrum dominance regime’. “Formal alliance commitments, military aid, and political and economic relationships are indications of US interests that form the baseline level of US deterrence of adversary attacks on US partners.”

However, researchers segued into another potentiality: the possibility of allies reducing their own military budgets in favor of heavily relying on US military technologies. Such was the case when US President Donald Trump demanded NATO members pay their share of expenses or risk breaking up entirely.

“Recent evidence that US troop presence is associated with a decline in the size of a partner’s military forces and level of defense spending is consistent with this expectation [which] could actually diminish the overall military resources available to deter potential adversaries and make an adversary more likely to initiate conflict,” it speculates.