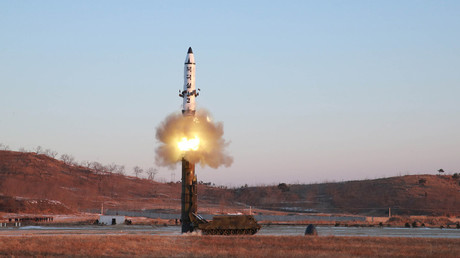 The top US negotiator with North Korea is planning to retire this week, the State Department has revealed, in the midst of a tense diplomatic standoff between the two nations. Joseph Yun says his decision is personal in nature.

Yun, a diplomat for over 30 years, is currently serving as the Special Representative for North Korea Policy and as Deputy Assistant Secretary for Korea and Japan. He has announced he will be retiring from both posts on Friday. The US State Department says his reasons are personal, which Yun himself has reiterated to several American media outlets.

“We are sorry to see him retire, but our diplomatic efforts regarding North Korea will continue based on our maximum pressure campaign to isolate the DPRK until it agrees to begin credible talks toward a denuclearized Korean peninsula,” State Department spokeswoman Heather Nauert told reporters, confirming Yun’s upcoming resignation.

Yun leaves at a time when relations between the US and North Korea have been pushed into what appears to be a dead end. Washington’s “maximum pressure” policy is being met by Pyongyang’s adamant refusal to abandon its nuclear and missile programs. Mutual threats by the two countries’ leaders have been launching the situation further on a downward spiral since mid-2017, when North Korea escalated its missile tests and the US started a series of joint military exercises with South Korea.

READ MORE: North Korea slams US for sanctions & ‘clouds of war’ but says it is open for talks

A relative thaw came about in the run-up to the 2018 Winter Olympics, albeit between North and South Koreas, not between North Korea and the US. The two neighbors restarted long-stalled direct lines of communication, agreeing on the North’s athletes’ participation in the games. South Korean President Moon Jae-in convinced his American counterpart Donald Trump to hold off new joint wargames until the games are over.

On Sunday, North Korea said it was ready for direct talks with the US – but reiterated it won’t give up its “treasured sword of justice,” the nuclear weapons, which it needs to defend itself “from such threats from the United States.”