US Defense Secretary James Mattis has defended US military support to the Saudi-led coalition that is waging war in Yemen. He argued it helps to limit the civilian death toll and bring the conflict to a “negotiated” end.

“We need to get this [war in Yemen] to a negotiated settlement, and we believe our policy right now is correct for doing this,” the Pentagon head told journalists, speaking of American assistance to the Saudi-led campaign that plunged Yemen into famine and caused thousands of civilian deaths. Mattis argued that the US efforts would eventually help to bring the conflict toward a UN-brokered resolution.

Earlier, the defense secretary also sent a letter to the Senate Majority Leader Mitch McConnell (R-Kentucky), in which he referred to the US assistance as “non-combat support” aimed primarily at helping to reduce the risk of civilian casualties. He also warned senators that ending this support would negatively affect the situation on the ground. 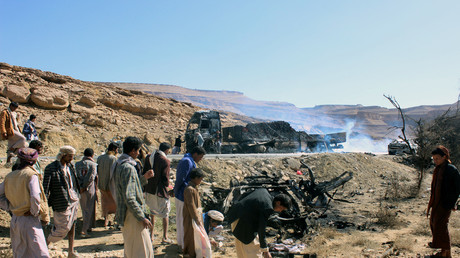 “New restrictions on this limited US military support could increase civilian casualties, jeopardize cooperation with our partners on counter-terrorism and reduce our influence with the Saudis – all of which would further exacerbate the situation and humanitarian crisis,” the letter, copies of which were sent to all senators, said.

Cutting off the US aid would also “embolden” Iran in assisting the Shiite Houthi rebels in Yemen and put “vital shipping lanes in the Red Sea” at risk, thus eventually increasing the danger of a wider regional conflict, Mattis wrote.

The defense secretary’s words were the newest attempt by the US military to influence the fate of a resolution that would force the Senate to vote on US support for Saudi Arabia, and could potentially lead to an end of US assistance to the Saudis in the Yemeni conflict.

Introduced by Senators Bernie Sanders (I-Vermont), Mike Lee (R-Utah) and Chris Murphy (D-Connecticut), the bipartisan motion calls for the removal of American armed forces from “hostilities in or affecting the Republic of Yemen.” It invokes the 1973 War Powers Resolution, which gives Congress the authority to overrule the president and withdraw the military if it deems the conflict is unauthorized. If passed by the Senate, the resolution would limit US actions in the Yemeni conflict to conducting or assisting operations against Al-Qaeda and its affiliates.

The proposal was met with a swift and tough response from the Pentagon. Acting General Counsel William S. Castle already sent a letter to McConnell, opposing the resolution before it was even filed on Wednesday. 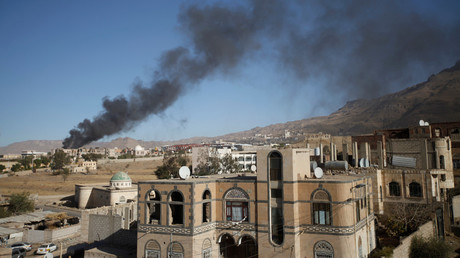 Notably, around the same time, the US military admitted that it doesn’t really know what the Saudis really do with the ammunition and fuel Washington throws at them. During a hearing of the Senate Armed Services Committee on Tuesday, US Army General Joseph Votel, the head of the US Central Command, acknowledged that CENTCOM tracks neither the purpose of the Saudi missions it refuels nor the targets that the Saudis hit using the US munitions.

The Saudi-led coalition has been waging a campaign against Shia Houthi rebels in Yemen since March 2015, in an attempt to propel ousted President Abdrabbuh Mansur Hadi back to power. The US has been providing the coalition with intelligence, ammunition and refueling for most of that time. It has also been a major supplier of arms to Saudi Arabia and its allies in the conflict.

Riyadh has repeatedly faced criticism over its supposedly indiscriminate airstrikes targeting civilian infrastructure and the blockade of Yemen that brought the war-torn country to the brink of famine. At least 10,000 Yemeni civilians have died and the country is experiencing a devastating famine and a cholera epidemic, according to Oxfam. The UN says there are 22 million people in need of humanitarian assistance.