US Senator Jeanne Shaheen (D-New Hampshire) claims RT and Sputnik are “designed to undermine our democracy” and even compared them to Nazi propaganda while promoting her bill, a reaction to alleged Russian hacking of the 2016 election. 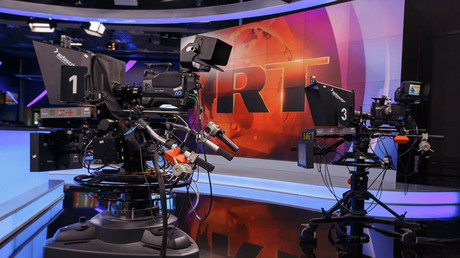 Shaheen says her bill was written in response to Russia’s alleged meddling in the 2016 election and deliberately spreading false news stories that she related to Nazi propaganda.

The Senator claims RT has violated the Foreign Agents Registration Act (FARA), which was passed “in response to concerns about Nazi propaganda being disseminated in the United States without people knowing what it was.”

“Well, this, I think, is absolutely appropriate today for us to take a look at what Russia and other countries may be doing to our news,” Shaheen said.

The Democratic senator for New Hampshire then showed a photograph of Margarita Simonyan, the Editor-in-Chief of RT, meeting with Russian President Vladimir Putin, citing it as evidence that RT spreads propaganda that is “designed to undermine our democracy.”

Simonyan reacted to hearings, saying that apparently US legislators are more concerned about RT’s standing in the US than she is.

“RT is everywhere! Even I worry less about RT and Sputnik than the American senators do,” she sarcastically remarked.

Shaheen also pointed to three headlines from RT and one from Sputnik News as examples of propaganda. One of the RT articles she referenced was from 2014, while the most recent article was based on a report from ABC News.

The article, “FBI wiretapped Trump Tower in search of ‘Russian mobster’ – report” was based on a report from ABC News that found the FBI wiretapped the room in Trump Tower where Vadim Trincher, an Uzbekistan-born mobster, was staying in 2013. 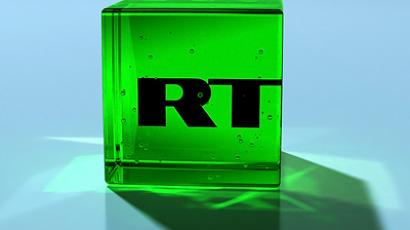 In a statement issued after she introduced the bill, Shaheen said the bill was also designed to uncover where RT’s funding comes from.

“We have good reason to believe that RT News is coordinating with the Russian government to spread misinformation and undermine our democratic process,” Shaheen said. “My bill provides the authority needed to request documentation of RT News and find out who they’re accountable to.”

Shaheen claims that RT has tried to conceal the sources of its funding, while making “public statements boasting that it can dodge our laws with shell corporations.” The senator did not provide evidence for either of those claims.

The fact that RT is a Russian state-funded news outlet is common knowledge and a matter of public record.

You can watch Shaheen’s full remarks in the video below: