The Pentagon wants to spend $1 billion to install missile defense radar in Hawaii to track ballistic threats coming from North Korea or elsewhere, according to officials.

The flat-face surface radar would “counter evolving missile threats in the Pacific Region”, the Missile Defense Agency (MDA) says. Although the timing of the radar’s construction seems curious given current efforts at rapprochement with North Korea, plans for the military installation actually predate the Trump administration. The radar system was mandated by the 2017 National Defense Authorization Act, which was signed into law by Barack Obama in December 2016. 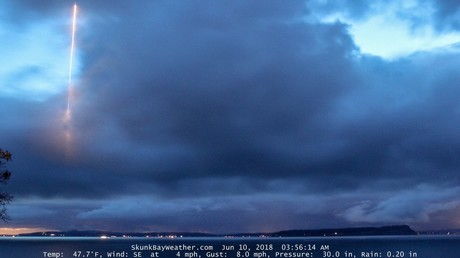 The system would be able to differentiate warheads from decoys on the potential incoming missiles launched towards the US before relaying the trajectory to interceptors in Alaska to take them out. The proposed radar would help identify long-range ballistic missile threats mid-way through flight.

Currently, the MDA is surveying two sites on the island of Oahu as the possible resting place of the radar that would be about 9 to 15 meters wide and 18 to 24 meters high, AP reported.

So far lawmakers have secured $61 million in funding for the planning stage of the project but have yet to appropriate funds to construct the $1 billion system, Democratic Senator Brian Schatz told AP.

The senator from Hawaii said that his state already boasts “robust capabilities” but aims to have “the most powerful combination of missile interceptors and radar systems anywhere.”

While the MDA is reportedly collecting public comments about the installation sites through July 16, it remains questionable whether the expansive project will materialize, after North Korean leader Kim Jong-un and US President Donald Trump made history at a top-level summit in Singapore earlier this month, paving the way for reconciliation and denuclearization of the Peninsula.