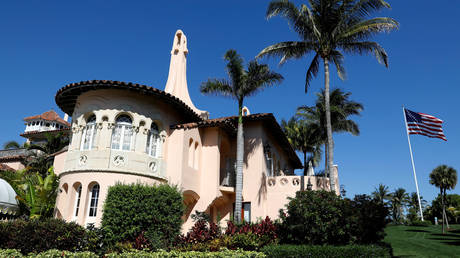 A Chinese woman has infiltrated President Donald Trump’s Mar-a-Lago resort, overcoming the power of the entire US security apparatus by simply asking to use the pool and by dodging any clarifying questions.

The mystery woman managed to trick the agents by claiming she wanted to swim at the West Palm Beach country club’s pool on Saturday. Despite her name, Yujing Zhang, not matching any on the guest list, a Secret Service agent assumed she was related to a member with the same last name and let her through without confirming that fact, later blaming a “language barrier” for the oversight.


She was only busted in the main reception area –by a receptionist, not a Secret Service agent– when she claimed she was there for a United Nations Chinese American Association event that didn’t exist, according to the charging documents, which paint an unsettling picture of a troop of Keystone Kops-esque bumblers unable to outsmart an unarmed woman despite the heightened security procedures in place for the president’s visit.

When the agents finally decided to search the suspicious woman, they found two Chinese passports, four cell phones, a hard drive, a laptop, and a thumb drive which contained what they vaguely termed as “malicious malware,” leaving the list of items up to interpretation by US media.


Removed from the Mar-a-Lago property, Zhang proved to be fluent in English, allegedly telling the agents her Chinese friend had directed her on WeChat to travel from Shanghai to speak with a member of the Trump family about “Chinese and American foreign economic relations,” and stating she had arrived early to “familiarize herself with the property and take pictures.”

Zhang was ultimately arrested for making false statements about using the pool, according to the charging documents, since “no swimming apparel was found in Zhang’s possession or on her person.” For the unspeakable crime of allowing the agents to believe she was a visiting club member – and because embarrassing Secret Service agents isn’t technically a criminal offense – Zhang faces up to six years in prison as well as hundreds of thousands of dollars in fines.