In a major realignment from fighting terrorism to great power rivalry with Russia, the US Navy is re-establishing its Second Fleet. The command had been responsible for the North Atlantic Ocean before it was deactivated in 2011.

Chief of Naval Operations (CNO) Admiral John Richardson made the announcement on Friday, during a change of command ceremony in Norfolk, Virginia.

“Our National Defense Strategy makes clear that we’re back in an era of great power competition as the security environment continues to grow more challenging and complex,” Richardson said. “That’s why today, we’re standing up Second Fleet to address these changes, particularly in the north Atlantic.”

Our NDS makes clear that we’re back in an era of great power competition as the security environment continues to grow more challenging and complex. That’s why today, we’re standing up 2nd Fleet to address these changes, particularly in the north Atlantic: https://t.co/sdl8SD1EGp

Richardson was referring to the strategy drafted by Defense Secretary James Mattis and published in January. It envisions a leaner, meaner Pentagon, more oriented towards state adversaries such as Russia and China.

Once a major naval command, covering both the northern and the southern Atlantic, the Second Fleet was stood down in 2011, and its remaining personnel, assets and responsibilities merged into US Fleet Forces (USFF) in Norfolk. Reactivation of the Second Fleet was one of the recommendations in the recent report on problems plaguing the US Seventh Fleet in the Pacific.

The revived command will be stood up on July 1, and will initially have eleven officers and four enlisted personnel. That staff will eventually expand to 85 officers, 164 enlisted and seven civilians, according to the US Naval Institute.

The revamped Second Fleet will focus solely on the North Atlantic, as the south was assigned to the Fourth Fleet in 2008. And in that vast blue expanse, there is only one potential foe: Russia.

“Russian submarines are prowling the Atlantic, testing our defenses, confronting our command of the seas, and preparing the complex underwater battlespace to give them an edge in any future conflict,” Vice Admiral James Foggo III, commander of the US 6th Fleet, wrote in 2016. Foggo is now the commander of US naval forces in Europe and Africa. 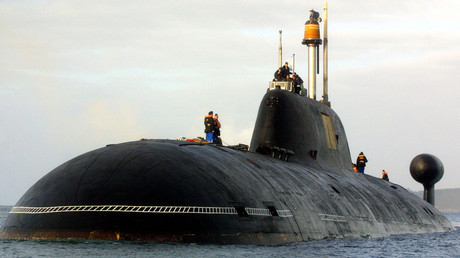 Though smaller than in the days of the Soviet Union, the modernized Russian Navy has demonstrated previously unknown capabilities over the past several years. It confirmed some of Foggo’s fears in March, when it was made public that several of its nuclear submarines had approached the east coast of the US and departed undetected, as part of a regular exercise.

Russian navy ships and submarines have also taken part in the fighting against Islamic State (IS, formerly ISIS/ISIL) terrorists in Syria since October 2015, firing cruise missiles and delivering supplies through the Syrian ports of Tartus and Latakia. The most notable naval deployment was in November 2016, featuring the aircraft carrier Admiral Kuznetsov and the heavy missile cruiser Pyotr Veliky (Peter the Great), the largest ship of her class in the world. In June 2017, Moscow announced it would keep a 15-ship task force in the Eastern Mediterranean, operating out of Syria.