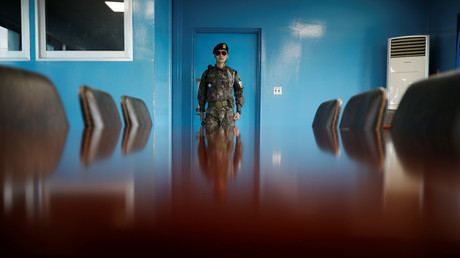 A US delegation is holding talks with North Korean officials on the border between North and South Korea as a meeting between Donald Trump and Kim Jong-un is being prepared, the US State Department said.

“A US delegation is in ongoing talks with North Korean officials at Panmunjom [a village on the border between North and South Korea]. We continue to prepare for a meeting between the President and North Korean leader Kim Jong-un,” Heather Nauert, State Department spokeswoman, said in a statement.