The US will need a “handful more weeks” to decide if Saudi Arabia should be somehow sanctioned for the murder of Jamal Khashoggi, Mike Pompeo has said, noting that Riyadh remains a “great partner” serving US national security.

Exactly one month after the disappearance and the subsequent murder of the Washington Post columnist inside the Saudi consulate in Istanbul, the US has yet to issue the “severe punishment” that Donald Trump had promised if the regime’s involvement in the journalist’s death were confirmed. And even though Riyadh already confirmed that the journalist was indeed killed and his body ‘disappeared,’ the US administration is still trying to determine individual figures it could blame and punish. 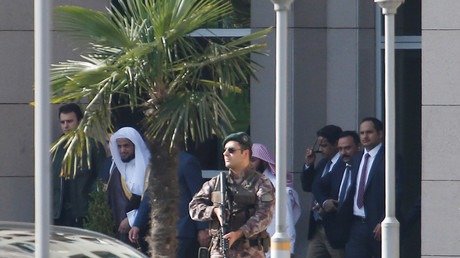 The US is “reviewing putting sanctions on the individuals that we have been able to identify to date that … were engaged in that murder,” Pompeo told KMOX radio in St. Louis, according to Reuters. “It’ll take us probably a handful more weeks before we have enough evidence to actually put those sanctions in place, but I think we’ll be able to get there.”

In Khashoggi’s case there already appears to be plenty of evidence to establish the guilty party in his murder. Ankara maintains that there is strong proof that the killing of the Saudi journalist at the Saudi consulate on October 2 came as a result of a pre-planned operation by a squad of hitmen rather than a spontaneous fist-fight incident, as claimed by Riyadh.

In stark contrast, it took the US a bit over three weeks to start expelling dozens of Russian diplomats in response to the alleged poisoning of ex-Russian spy Sergei Skripal and his daughter Yulia in Salisbury, which the UK –without a single shred of evidence– pinned on the Kremlin. Despite Moscow’s denial of any involvement and no additional evidence produced by the Brits, Washington slapped Russia with further sanctions over the case in August, with another tranche expected to activate this month. 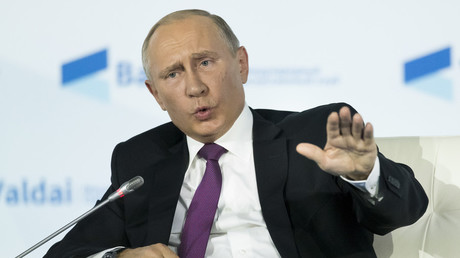 “There’s no proof in regards to Russia, but steps are taken,” Vladimir Putin said last month. “Here, people say that a murder happened in Istanbul, but no steps are taken. People need to figure out a single approach to these kinds of problems.”

Amid media reports of the Saudi Crown Prince’s alleged connection to the murder, the Kingdom continues to insist that Mohammed bin Salman was not involved in the death of his prominent critic. As part of the ongoing investigation into the case, Riyadh went on to arrest 18 suspects and appointed the Crown Prince to oversee the probe.

Trump, who repeatedly stated his intent to preserve the $450 billion-worth of deals he signed with the Saudis last year, has stressed that he will be working with the US Congress on punitive measures against the Saudis. So far the Republicans hold a slight majority in Congress but the composition of US lawmaking could change next week, following the mid-term elections. The president, however, “will demand accountability for those who were involved in the commission of this heinous crime,” Pompeo stressed Thursday.

Rogue killers or state murder? Riyadh gets benefit of doubt from Trump where Russia doesn’t

“We made a commitment of holding accountable all those responsible for the murder of Jamal Khashoggi,” the US chief diplomat noted in a separate WIBK radio interview. “But in addition to that, we also recognize a long time, deep set of the strategic relationship with the Kingdom of Saudi Arabia.”

READ MORE: Just imagine… The response if Jamal Khashoggi had been Russian

Besides providing “enormous opportunities” for American “wealth generation,” the Kingdom of Saudi Arabia remains a “solid partner” in the US effort to “change” Iran’s behavior, Pompeo said. All of the above are parts of “American national security interests” which the US leadership “cannot lose sight of.”