Apple has been bombarded with requests from the US government for access to their user data, and the rate is soaring, the company revealed in its biannual report.

More than twice as many requests were filed in the second half in 2017 than the same period the previous year.

In its ‘Report on Government and Private Party Requests for Customer Information’ released on Friday, Apple Inc. said that from July 1 to December 31 last year it received up to 16,249 US government National Security Requests (NSR) that affected some 8,249 accounts. 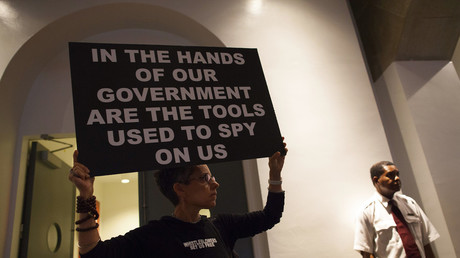 The requests include both orders under the Foreign Intelligence Surveillance Act (FISA) and national security letters (NSLs) issued by the FBI that are not approved by a judge. The companies are prevented by gag orders from notifying users that they provided the government any access to their data under NSLs. The controversial practice has repeatedly come under fire from tech companies, who argue that it constitutes a violation of freedom of speech and leaves law enforcement without any judicial oversight.

Digital rights group Electronic Frontier Foundation has long been embroiled in a legal battle with the Department of Justice over the legality of the letters, having challenged the practice in court on behalf of several US telecommunication companies. Insisting that gag orders are unconstitutional, it says that the practice not only gives the FBI “immense investigatory powers,” but also silences its critics in the telecommunications industry, of which there are many, as they are unable to speak publicly about the letters they have received.

It is unclear how many of the National Security Requests were submitted to Apple under FISA and how many were in fact NSLs since the law also prohibits companies from revealing even the approximate number of FISA requests until a six-month mandatory delay expires. 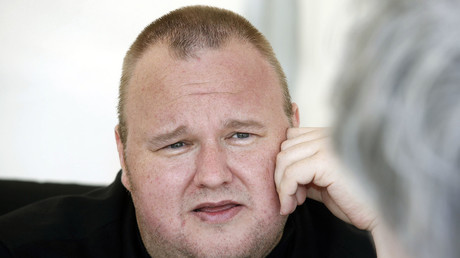 Amid the controversy surrounding the extensive use of the divisive investigation tool by the US intelligence community, the number of requests continues to surge. From July to December 2016, Apple reported only 5,999 such requests, which means their number more than doubled last year. Compared to the first half of 2017, when Apple registered some 13,499 requests, the increase amounts to some 20 percent.

The steady growth of the government security requests to telecommunications giants like Apple, Google and Facebook has been a prevailing trend in the last few years, with the number of requests that are accompanied by non-disclosure orders also rising. In its own transparency report covering the first half of 2017, Facebook said that the number of requests with gag orders accounted for some 57 percent of the total number of the US requests it received.

It comes as the US intelligence community report revealed that the National Security Agency has tripled the surveillance of Americans’ phone calls and text messages, collecting over 534 million records last year. The Office of the Director of National Intelligence (ODNI) report also noted a slight increase in the surveillance of non-US citizens, from 106,469 to 129,080 individuals. The latter also does not demand judicial authorization.