While US military spending grew for the first time in six years, Russia became the third-largest spender in 2016 due to Saudi Arabia’s drastic fall, according to new figures from the Stockholm International Peace Research Institute (SIPRI).

The US remains the world’s biggest military spender, with its military expenditure growing by 1.7 per cent between 2015 and 2016 to $611 billion, according to a new SIPRI study. 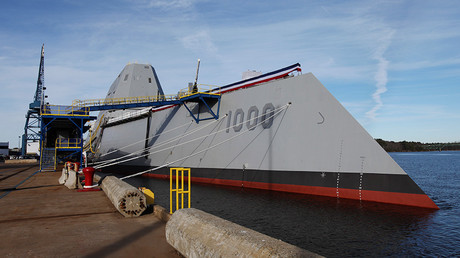 While America saw its first annual spending increase in six years, 2016 still fell short of its all-time peak in 2010. Consecutive spending shrinkage, according to the study, was caused by the economic crisis and partial US troop withdrawal from Afghanistan.

“Despite continuing legal restraints on the overall US budget, increases in military spending were agreed upon by Congress,” the Director of the SIPRI Arms and Military Expenditure (AMEX) program Dr. Aude Fleurant said. “Future spending patterns remain uncertain due to the changing political situation in the USA.”

China remains the second-largest spender – its military expenditure increased by 5.4 per cent to $215 billion, according to the study.

Meanwhile, Russia moved into third place, increasing its spending by 5.9 per cent to $69.2 billion. While the expenditure increase played a certain role in scoring this place, it was mainly caused by a huge drop in Saudi Arabia’s spending, which moved into fourth.

“Falling oil revenue and associated economic problems attached to the oil-price shock has forced many oil-exporting countries to reduce military spending,” a researcher with the SIPRI AMEX program Dr. Nan Tian said. “For example, between 2015 and 2016 Saudi Arabia had the biggest absolute decrease in spending of $25.8 billion.”

Military expenditure in Western Europe rose for the second consecutive year amid NATO military activities going alongside with the “Russian threat” narrative, which persisted in the Western media.

“The growth in spending by many countries in Central Europe can be partly attributed to the perception of Russia posing a greater threat,” a senior researcher with the SIPRI AMEX program Siemon Wezeman said. “This is despite the fact that Russia’s spending in 2016 was only 27 percent of the combined total of European NATO members.”