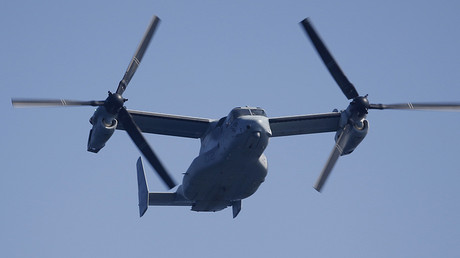 A US Marines aircraft has reportedly crashed off the Australian coast. The Marine Corps said in a tweet that an active search and rescue operation was underway for service members involved in an aviation “mishap.”

The aircraft in question is a MV-22 Osprey convertiplane, the III Marine Expeditionary Force based in Okinawa, Japan said, according to a US Marine Corps tweet.

A US defense official told Fox News that 23 of the 26 service members were on board and were recovered safely.

Small vessels and aircraft from the 31st Marine Expeditionary Unite and Bonhomme Richard Expeditionary Strike Group are carrying out search and rescue operations.

This is not the first incident related to US military aircraft this summer. In mid-July, 15 Marines died and one Navy corpsman was killed when their military plane crashed in a Mississippi field.