A Myrtle Beach man who voiced his perverse criminal intentions to an undercover cop has been released on $20,000 bond. He was among 40 suspects arrested in South Carolina’s largest crackdown on prostitution and sex trafficking.

Justin Teeter Bensing, 36, was apprehended by Greenville county police during Operation Milestone, after he solicited sex from an undercover cop disguised as a minor. He asked her if she was “ready to be a full-time baby maker and sex slave,” according to his arrest warrant.

The 13th judicial circuit court has charged Bensing with two counts of “criminal solicitation of a minor.” He was arrested on February 12 and released on February 14, WYFF reports.

Bensing, 36, went by the alias “Rebel Deese” and “wanted a person brought to him that he could eat, physically cannibalize,” Greenville County Sheriff Will Lewis stated. He also reportedly wanted his victims to drink his urine and expressed a penchant for beastiality. 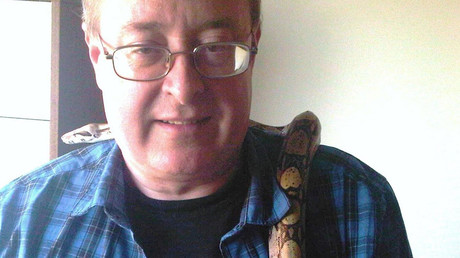 “He […] wanted sexual acts with animals,” Sheriff Lewis mentioned. “Depravity doesn’t even begin to describe this.”

However, Bensing’s father denies allegations that his son has ever wanted to cannibalize children. “The only thing I have to say on Justin’s behalf is that any charges of cannibalism are not correct,” he told AP reporters.

An attorney is not currently listed for Bensing and he possesses no prior criminal history, according to court documents. A trial has also not been scheduled yet.

Bensing is not the only wannabe cannibal making headlines recently. Dale Bolinger, an American man dubbed the “Canterbury Cannibal”, was arrested after he attempted to meet a 14-year-old girl via the Dark Fetish Network (DFN) in the UK.

Bolinger, 62, reportedly bought an axe before meeting the girl at a train station. The girl, however, never showed up. He was convicted of trying to eat the teenager and was sentenced to nine years in prison in Canterbury, England, but was relocated to a Nebraska jail.