US District Judge George B. Daniels in Manhattan has dismissed the motion filed by Saudi Arabia to end long-running litigation over what those affected by the 9/11 terrorist attacks claim is Riyadh’s complicity in the tragedy.

The allegations put forward by the victims’ relatives and those who were injured in the attack “narrowly articulate a reasonable basis for this Court to assume jurisdiction under JASTA (The Justice Against Sponsors of Terrorism Act) over Plaintiffs’ claims against Saudi Arabia,” Daniels stated in the court opinion. Taking this into account, “this Court will exercise its discretion to allow Plaintiffs limited jurisdictional discovery,” it added before announcing the Saudi Arabian motion dismissed.

JASTA, passed by Congress in 2016, overriding then-US President Barack Obama’s veto, paved the way for legal proceedings against foreign states and their officials suspected of supporting terrorism to continue even if they were previously rejected in a court.

Daniels rejected claims against Saudi Arabia back in 2015, arguing that the allegations brought by those who accused the kingdom of providing material support for the terrorists, were “entirely conclusory” and gave no grounds for the court to assume jurisdiction over the high-profile case.

JASTA made a new filing possible, as previous US administrations hobbled the attempts to hold Saudi Arabia accountable for the attacks perpetrated by 19 hijackers, 15 of whom were Saudi citizens. The legislation creates an exception to the 1976 sovereign immunity law, allowing US citizens to sue foreign governments in US federal courts and demand compensation for the acts that kill Americans on the US soil. 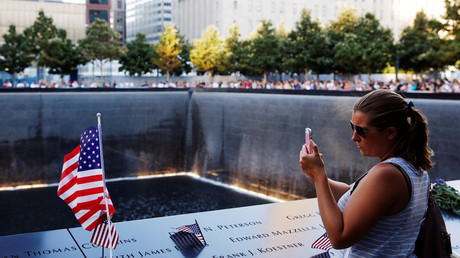 The newest lawsuit alleged that the Saudi government should bear responsibility for the attacks, claiming that its agents and officials “directly and knowingly assisted the hijackers” that carried out the attacks 17 years ago. It also claims that charities controlled by the Saudi authorities enabled Al-Qaeda to perpetrate the attacks “through financial and operational support.”

The 2002 report, issued as a result of a 9/11 congressional inquiry, “found no evidence that the Saudi government as an institution or senior Saudi officials individually funded the organization.” However, it did not rule out that “charities with significant Saudi government sponsorship diverted funds to Al-Qaeda.”

A lawyer for the plaintiffs, James Kreindler, welcomed the ruling, saying that they are “delighted” that the judge dismissed Saudi Arabia’s objections in the case.

“We have been pressing to proceed with the case and conduct discovery from the Kingdom of Saudi Arabia, so that the full story can come to light, and expose the Saudi role in the 9/11 attacks,” Kreindler said, as cited by Reuters. 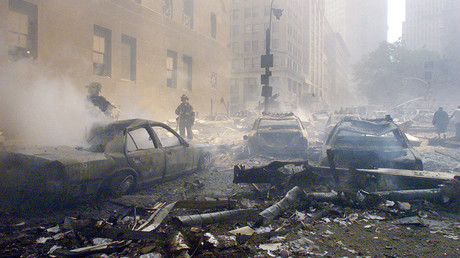 Daniels, who has repeatedly voiced skepticism about Saudi Arabia’s culpability, citing the lack of direct evidence, dismissed the plaintiffs’ claims against two Saudi banks, the National Commercial Bank and Al Rajhi Bank, as well as a construction company with ties to Osama bin Laden. Daniels said the case did not fall under his jurisdiction.

Daniels said back in January that Saudi Arabia did not know that the money it funneled through government-sponsored charities would end up with Al-Qaeda.

“If I gave you $10 and you went and bought $5 of ice cream, why is it that I gave you $5 to buy ice cream?” he said, arguing that the country should not be held accountable for “every terrorist act Al-Qaeda commits.”

The law, which has cleared the way for the victims of the disastrous attacks to seek damages from the Gulf Kingdom, has drawn ire from Riyadh, which argued that it erodes the principle of national sovereignty and even threatened to pull money out of the US economy after the bill was overwhelmingly passed by Congress in September 2016.

Riyadh also pushed for the US to amend the legislation, which it called a “grave danger to the international system,” albeit, to no effect.