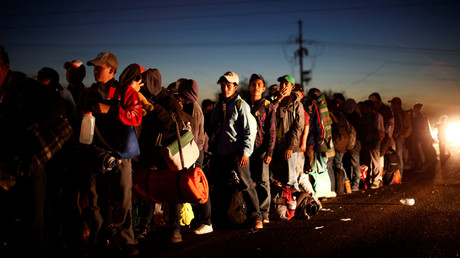 A judge has temporarily blocked US President Donald Trump’s order to ban Central American asylum-seekers from illegally crossing the border into the country from Mexico.

A US District Judge Jon Tigar in San Francisco placed a restraining order against Trump’s new immigration policy, which was declared last week. On November 9, the president announced that asylum-seekers can now make their claim only at the legal points of entry along the US border.

The ruling comes as a massive caravan of Central Americans, which was travelling from Honduras and El Salvador to the US through Mexico had reached the nation’s border at Tijuana.