“Recent NBC reporting has misrepresented facts and confused the public with regard to Department of Homeland Security and state and local government efforts to combat election hacking,” DHS cybersecurity chief Jeanette Manfra said on Monday.

In the NBC report, which aired last week, Manfra claimed that while the exact details are classified, voting systems in 21 states were targeted, and is quoted as saying “2016 was a wake-up call.” However, Manfra also adds that only an “exceptionally small number” of states were targeted successfully. Despite this, NBC’s headline on its website reads “Russians penetrated US voter systems, top US official says,” which Manfra has accused of being misleading. 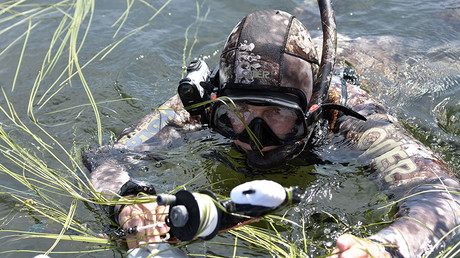 “Let me be clear,” she said. “We have no evidence – old or new – that any votes in the 2016 elections were manipulated by Russian hackers.”

The National Association of Secretaries of State, which represents a group of chief election officials, have similarly criticized NBC for misleading reporting. They have previously gone on record saying just one state was successfully penetrated by hackers.

In a statement, NBC defended its reporting of Manfra’s quotes.

“It’s hard to believe DHS actually watched or read NBC’s report. Our story is accurate, and makes all of the very same points this statement accuses us of not making,” said a spokesperson quoted by the Hill.