The US Interior Department threw away almost half a million dollars of taxpayers’ money by axing a study about potential health effects of mountaintop coal mines on people living near them, according to the department’s watchdog.

The research was initially looking at the health risks faced by those living near mines in Virginia, West Virginia, Kentucky, and Tennessee. But after spending $455,110 on the study, the department simply decided to call it quits, directing the National Academies of Science, Engineering and Medicine (NAS) to cease all activities related to the study on August 18, 2017. 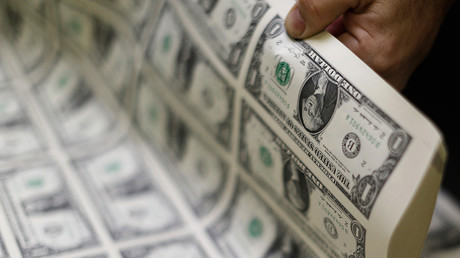 “We determined that $455,110, the amount billed, was wasted because no final product was produced,” deputy inspector general Mary Kendall wrote in a letter to Rep. Raul Grijalva (D-AZ), who requested that the office look into the decision to cancel the study.

Kendall said that officials at the Interior Department were unable to provide a specific explanation as to why the study was canceled, other than referencing a general document about Secretary Ryan Zinke’s priorities for the agency.

In an email to Reuters, Interior Department spokeswoman Heather Swift defended the decision, saying the study was “duplicative” and drawing money away from more important efforts “like rebuilding public lands infrastructure and securing public lands along the US-Mexico border.” The study was launched by the Obama administration shortly before it left the White House.

The $455,110 of wasted money was part of a $1,003,553 overall budget set aside for the research. The remainder “will be returned to the US Treasury when the account is officially closed on September 20, 2021,” the letter reads, noting that a separate cost audit of the expended funds is being conducted.