The row over tariffs between the US and EU might actually be a part of Trump’s “maneuvers” over the Iranian nuclear deal, Ron Paul believes, warning that behind this smokescreen, the real problems – like debt – are not addressed.

The upcoming G7 summit – or G6+1, as French Finance Minister Bruno Le Maire already put it – will be an arena for heated debates on steel and aluminum tariffs, which US President Donald Trump imposed on his close allies recently. While a lot of noise will be made, it’s unlikely that the EU countries will actually get together and retaliate in some meaningful manner, former congressman and libertarian politician Ron Paul believes. 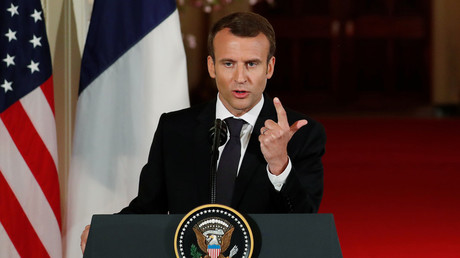 “They can, but I’m not optimistic that they will, because they complain about it, but I’m not sure they’re this determined. Because I think that the United States still intimidates a few of them. We do have a lot of power, we have a military power, we have control of the international financial system, we have the dollar system, we put on sanctions,” Paul told RT.

In the long term, however, the US will face some sort of response, as the “annoyance” with Washington’s policies continues to grow. “Maybe there will be an alternative to dollar as a reserve currency of the world. I know that Russia and China and India and some other countries would like to see that happen,” Paul stated.

Strong arguments around the tariffs might be exactly what Trump wanted, Paul believes, as he already demonstrated his love for such fashion of “negotiating.” European leaders would also eagerly engage in them, as it would make them look like they are standing for their national interests.

“I think that most of the people, the leaders the other six countries are going to try to be really really tough on Trump and make a lot of noise. Because they have to look tough, they are going to go home, and they are going to say ‘Look, I stood up to the president,’” Paul said, adding that it actually was “not the answer, because Trump usually wins all those types of arguments, he proved that in our campaigning.” 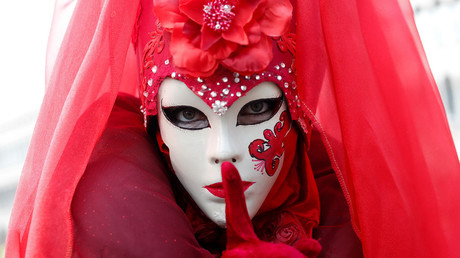 The fuss around the tariffs might also be a part of Trump’s plan to press his allies into backing his drive for reimposing sanctions on Iran and causing the landmark 2015 nuclear deal fall apart. The quite calm reaction of the markets also suggests that it was largely perceived as another example of Trump’s “maneuvering,” Paul said.

While the upcoming G7 gathering “is worth watching,” it is unlikely that “anything positive” will come from it, Paul believes. The real problems, which the world economy is facing, however, are not even being addressed, which can indeed lead to drastic consequences, Paul warned.

“They are not even addressing the real problems, which is financial debt, that’s going on, the central banking, the business cycle, and the message of free trade,” he said. “I think it all has to do with the fiat currencies and the dollar reserve currency. They are causing these imbalances. Because when we get to print the money and spend it, and we don’t have to earn it, that causes imbalances.”