Americans do not really have a choice under the current electoral system. The political landscape is dominated by two parties offering similar choices and no prospect of change, Ron Paul, former presidential candidate told RT.

“I’ve come to the conclusion that we do not have two parties – we have one party. They call them the Republicans and the Democrats. How many campaigns have we seen where there has been a significant change when it goes to a Republican from a Democrat? Seems like they end up doing the same thing no matter what they say in the campaign,” former congressman Dr. Ron Paul told RT. 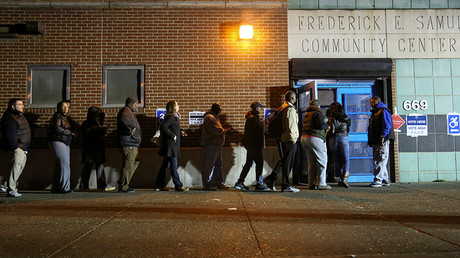 “Both Democrats and Republicans endorse … inflationism, the Federal Reserve, the IRS and all these instruments of big government. Where I think you have a true revolution of ideas you should be able to infiltrate all the parties,” the former presidential candidate said.

Paul stressed that alternative candidates, who often promulgate a different approach to politics, get very little media attention in order to get their message across. He added that the so-called democratic elections have become just a tool to exercise rights to vote with no real choice.

“We go overseas. We spend a lot of money to send troops over, and kill a lot of people. Americans get killed. And we make them have elections… act like good American. Then they have the elections and we don’t like them, and then we have to overthrow the next guy,” Paul said.

“The discouraging thing on today’s election will be – most people in the Congress are still going to get elected. And if Hilary wins you can say the status quo has got elected,” the former politician concluded.