A self-proclaimed “highly competent surgeon” in Atlanta is facing several lawsuits for malpractice after posting YouTube videos of her singing and dancing over her unconscious patients.

According to WSB-TV Atlanta, one of the lawsuits filed against Dr. Windell Davis Boutte accuses her of causing her patient permanent brain damage after performing a liposuction in 2016. The 26-year-old son of the patient said his mother, Icilma Cornelius, underwent the procedure ahead of her upcoming wedding, but never got a chance to wear a wedding dress. 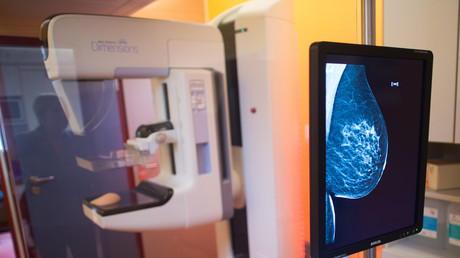 The plaintiff claimed that during the procedure, Cornelius was neither intubated nor put under general anaesthesia. Instead, she was allegedly given drugs such as propofol and fentanyl, and was left un-monitored throughout the liposuction. Following the eight-hour liposuction, the patient went into cardiac arrest and consequently suffered permanent brain damage.

Another former patient, Mitzi McFarland lamented that a newly advanced technique proposed by doctor Boutte to remove fat had actually left her looking “like something out of [a] Frankenstein horror movie.”

The patient had also been shocked to wake from the lengthy procedure in a hotel room with a sandwich in her hand. “I was put to sleep, and then I woke up some 18 hours later in the hotel bedroom with a McDonald’s sandwich in my hand, one bite out of it,” McFarland said.

Footage of Boutte dancing over patients as they lay unconscious on the operating table draw a backlash online. The lawsuits accusing her of malpractice found some supporters on social media in the wake of the YouTube videos, who thought Boutte’s operating room conduct was “appalling.”

Some Twitter users defended Boutte, as they confessed that they too listened to music while patients lay before them. Other commenters thought the accusations stemmed for the most part from racial prejudices, suggesting that had her skin color been different, none of her singing and dancing around her unconscious patients would matter.

We ALL Listen To Music In The O.R. Trust Me…
Sometimes We Let The Pt. Choose The Station, But Once Sedated We Put It On What We Want..
IF The Pt Was Not Harmed What Is The Issue Here💁🏽

Ooops someone forgot to tell her she’s too black to make light of the seriousness around someone’s life on the operating table. Smh 🤦‍♂️