The Trump administration may deny green cards to legal immigrants, both living in the US or just seeking to enter, if they have been dependent on certain public benefits, like housing vouchers, Medicaid or food stamps.

The possible new restriction on migration policy was proposed by the Department of Homeland Security (DHS) on Saturday. The proposal could make it harder for immigrants to stay in the US if they are deemed likely to become a “public charge,” in other words, a new “burden” for American taxpayers and can potentially be dependent on government assistance. 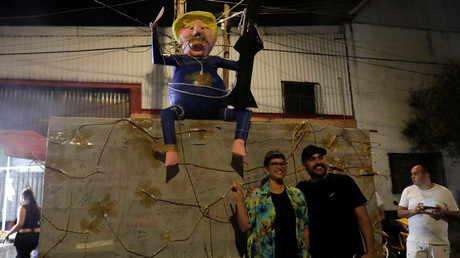 The regulation stipulates that immigrants can be denied visas or green cards if they used certain government aid, like the Supplemental Nutrition Assistance Program (or food stamps), public housing and Medicaid (with some “limited exceptions”). Availing of these public benefits above “certain thresholds” would be considered as “a heavily weighed negative factor.”

If finalized, the measure would eventually force millions “to choose between government assistance and permanent settlement in the US,” Politico notes.

The document is to be issued in the Federal Register in the coming weeks, DHS says. The public will have 60 days to comment on the proposal, which aims to further “define long-standing law.”

Since taking office, US President Donald Trump has cracked down on immigration, both legal and illegal. Earlier this week, Washington announced a sharp drop in refugee flows, capping the number of people admitted to the US in 2019 at 30,000. It is 15,000 lower than this year’s limit.