Newly declassified Department of Justice memos show guidelines for the US government spying on journalists and their sources using FISA warrants – the same method used to spy on Trump campaign adviser Carter Page.

Two documents reveal the rules the FBI would have to follow in obtaining warrants to spy on reporters under the Foreign Intelligence Surveillance Act  (FISA), implicitly confirming the existence of such cases. The documents were obtained as part of a Freedom of Information Act (FOIA) lawsuit by Freedom of the Press Foundation and the Knight First Amendment Institute at Columbia University.

A March 19, 2015 memo by then-Attorney General Eric Holder specifies that the FBI needs to refer surveillance applications against “known media entities” and “known members of the media” to the AG himself, his deputy or, in certain cases, the assistant attorney general of the National Security Division of the DOJ, for review.

This means that Holder and his successor Loretta Lynch, former DAG Sally Yates, and former AAG John P. Carlin all had knowledge of any FISA warrants taken out against members of the media under the Obama administration. The individuals with that authority in the current administration are AG Jeff Sessions, Deputy AG Rod Rosenstein, and AAG John C. Demers.

Freedom of the Press Foundation and the Knight First Amendment Institute have reacted to the revelation by asking if the current government is spying on journalists. The Obama administration has been accused of spying on reporters in the past, though not of using FISA warrants to do so.

While the mainstream media may have reasons for concern, given that relations between them and President Donald Trump can be charitably described as hostile, the rules laid out in the memos suggest it is highly likely that both the Trump and the Obama administration snooped on journalists they considered “foreign agents” – and anyone they might have been in contact with.

US government can spy on reporters inside the US using invasive FISA process – “a probable example would be surveillance of reporters who are working for somewhere like RT” https://t.co/DByjU61dkb via @coracurrier

“You can safely assume that pretty-much any RT reporter can easily be under surveillance under these guidelines,” investigative journalist Max Blumenthal told RT.

“I always assume I’m under surveillance when I’m abroad,” Blumenthal said, but the newly revealed FBI rules “provide the basis for government officials, including the president, to obtain private communications of reporters operating domestically.” 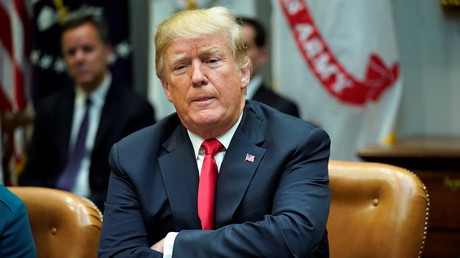 The FISA court cannot be counted on to curb government spying, Blumenthal added, noting that it is a “rubber-stamp” institution that approves something like 98 percent of applications. The DOJ could easily get a warrant to spy on RT journalists solely on the basis of the network’s status under the Foreign Agents Registration Act (FARA). RT and Sputnik were the only foreign media outlets the DOJ demanded register under FARA until Tuesday, when it was reported that similar request was made of the China Global Television Network (CTNG) and the news agency Xinhua.

In the most infamous recent case, the court authorized –and extended three times– a surveillance application against Trump campaign adviser Carter Page and everyone he was in contact with, based on the “dodgy Steele Dossier,” Blumenthal said.

The FISA application against Page was the subject of the ‘Nunes memo,’ made public in February. In the document, chairman of the House Intelligence Committee Devin Nunes (R-California) accused the Obama DOJ and FBI of abusing the FISA process by misleading the court about the origin and authorship of the dossier – compiled by former British spy Christopher Steele and funded by the Hillary Clinton campaign through the Washington, DC firm Fusion GPS.

On Monday, Trump ordered the declassification of previously redacted portions of the FISA application against Page dated July 2017, as well as a number of other FBI and DOJ documents. The release of those documents is still pending.