The US Army says it is willing to look past some drug use as it looks to attract new soldiers to its ranks. Signing bonuses have also been increased, and a new physical fitness test is in the works.

Almost one third of all waivers granted to new recruits so far this year relate to past misconduct and drug offenses, mainly cannabis use. According to the Army Times, the Army issues more waivers than any other branch of the US armed forces, and that number has been growing  the past three years.

Normally, any prior drug or alcohol-related conviction or documented use beyond teenage experimentation would bar someone from enlistment. A whole list of misdemeanors also bar potential recruits from joining, ranging from assault and domestic abuse right down to delinquency and minor vandalism. 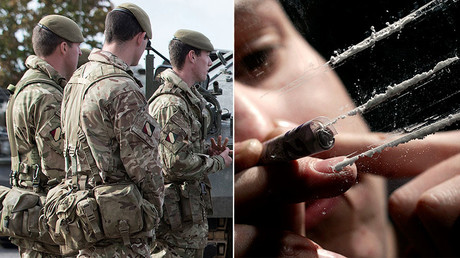 Army leadership has been at pains to point out that the increase in drug waivers is not a relaxing of standards, but a response to increased competition from the civilian sector, as low unemployment rates make high-paying, less dangerous civilian jobs easier to come by. Nor does it mean America’s next war will be fought by legions of bong-toting potheads.

Bonuses have also been used to lure in potential recruits, particularly those with experience in sought-after fields like satellite communications and cryptology. Enlistment bonuses grew by $115 million this year, while retention bonuses – given to soldiers already in the service – grew by almost $100 million.

None of the other branches of the military issued any waivers for drug use in the last three years, and have issued comparatively few waivers for misconduct. The Navy splashed out on bonuses, tripling its spend to around $100 million, while the Air Force cut back on signing bonuses, choosing instead to spend more on keeping experienced airmen in the service.

The Marine Corps occasionally issues waivers for bad conduct, but spends a pittance on bonuses – $8 million this year so far. Instead of wooing recruits with a fat paycheck, the USMC prefers to offer recruits the promise of joining “The few, the proud.” 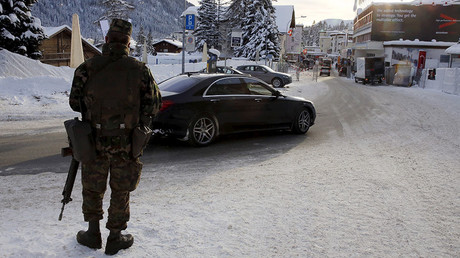 “If you enlist for money, it’s harder for them to remain committed when the chips are down,” Marine Major General Paul Kennedy told the Army Times. “We sell intangibles.”

Whether through exemptions, bonuses, or through selling “intangibles,” all branches in the US military are looking to dramatically increase their numbers. The Army alone wants to hire 76,500 soldiers this year, an increase of 8,000 from last year.

Military recruitment has been boosted by the $716 billion National Defense Authorization Act for 2019, which was approved by the Senate on Wednesday. The legislation supports increases in troop numbers and pay rises for personnel, and lays out the first steps towards the creation of a ‘Space Force.’

While the Army may be relaxing some of its barriers to entry, soldiers joining in the near future may face tougher physical tests. Army officials unveiled a new physical fitness test last month that does away with the push-ups/sit-ups/timed run test that has been around since the 1980s.

The new test introduces a range of exercises – including deadlifts, power throws, timed sprints and dynamic push-ups – that more closely mirror real world combat situations. The new test forces soldiers to work three times harder than the existing one, and will be rolled out from 2020 onwards, Army officials say.