In order to increase the global dominance and “lethality” of the US military, the Air Force is moving to modernize its space capabilities and to secure the “freedom to attack and maneuver” in their new “warfighting domain,” top officials have stated.

“We are moving forward with modernization in space, so we’re increasing our lethality in all of our areas of endeavor,” Air Force Secretary Heather A. Wilson told reporters Thursday. “And we are shifting to space as a warfighting domain.”

In 1967, the United States and the Soviet Union signed the Outer Space Treaty which prohibits signatories from placing nuclear weapons or any other weapons of mass destruction in outer space. The accord, however, stopped short of limiting the deployment of conventional weapons.

Wilson said Congress has proposed to increase the funding of space-related military programs even beyond the levels sought by the Air Force. Section 1605 of the National Defense Authorization Act (NDAA) for Fiscal Year 2018 also classifies space as a potential “combat domain.” 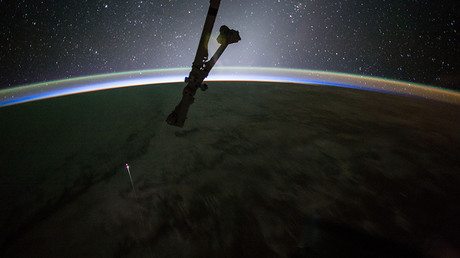 “It is the policy of the United States to develop, produce, field, and maintain an integrated system of assets in response to the increasingly contested nature of the space operating domain to [among other things] deter or deny an attack on capabilities at every level of orbit in space,” as well as to “defend the territory of the United States, its allies, and its deployed forces across all operating domains,” Section 1605 reads.

“Everyone agrees that space needs to be integrated, normalized as a part of a joint warfighting effort. This year’s budget… The FY18 budget proposal increases what the Air Force is proposing to spend on space by 20 percent,” Wilson added.

Defense Secretary James Mattis has made modernizing America’s capabilities in space one of his priorities in his efforts to make US Air Force “more lethal every day.” He earlier called on Congress to pass the NDAA so the Pentagon can “invest in critical warfighting capabilities, including in space.”

“Secretary Mattis has been very clear in his guidance to all the services that we are to go look at how do we increase lethality and readiness,” Air Force Chief of Staff Gen. David L. Goldfein, sitting next to Wilson, told reporters. “The nation expects its Air Force to own the high ground, the ultimate high ground and achieve space superiority which is like air superiority – freedom to attack and freedom to maneuver.”

Most of America’s space strategy is coordinated from the National Space Defense Center (NSDC) at Schriever Air Force Base in Colorado. Its experts are already devising potential space fighting scenarios.

“We do our best as a department when we follow a logic trail that actually goes from a threat, to eventually, an acquisition. And the steps are no different for space. Access the threat. From the threat, you define a strategy. From the strategy, you define a concept of operations, or what we call Conops… From those Conops you derive requirements, and then from those requirements you then acquire,” Goldfein said. “The Secretary and I also spent an entire day with all the four and three-star leadership of the Air Force, doing a full-day tabletop exercise on warfighting in space. So we are moving forward.” 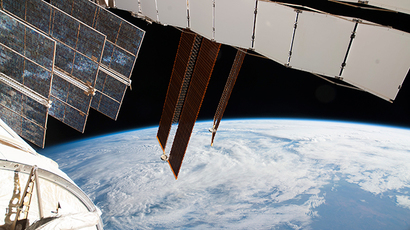 Wilson announced that the Air Force awarded a $100 million contract to the Space Enterprise Consortium last week. Under the agreement, the South Carolina firm is to work on prototypes for the Department of Defense for broad “space-related technologies,” such as “ground segment, launch segment, space segment, software and processes.”

“The most important thing is to integrate and normalize space, as part of a joint operation. The US Air Force has about 70 percent of what is in space, and my authorities are to organize, train and equip airspace forces for the conduct of combat operations when they go to the combatant commander,” Wilson said.

“And as we transition from a benign domain from which we monitor and report to a warfighting domain, this is a significant shift that we are leading as we go forward,” Goldfein added. “And so, as the Secretary said, normalizing space as a warfighting domain means we integrate all those capabilities, tried and true principles of joint war fighting in this domain as we go forward.”