Any first strike against North Korea may prove ineffective against retaliatory nuclear strikes, according to a retired US admiral. He called the notion of preemptive attack “high risk and unpredictable.”

Retired Admiral Dennis Blair, former head of the US Pacific Command (PACOM) and briefly the Director of National Intelligence, warned in a Guardian interview that an attack against the nuclear-armed state could carry disastrous consequences and that simply targeting North Korea’s infrastructure would not be sufficient to destroy all missile launching sites.

“With all the tunnels they have, with all of the difficulties of intelligence in that country, I don’t think an American-South Korean strike [on the North] would have a high probability of taking out all of their nuclear capability and then you’ve left them with not only with nuclear capability but also an aggrieved sense of it,” he cautioned. 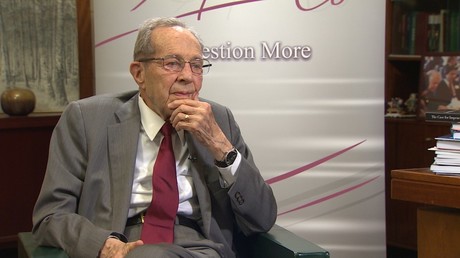 The admiral also argued that launching a first strike would not guarantee success and preferred instead to maintain a multifaceted approach of sanctions and pressure.

“[To] sneak up on them and give them a bloody nose, be unpredictable, I think is not correct for dealing with a country like North Korea,” Blair said.

The Pentagon’s approach to North Korea came under question after a Federation of American Scientists report published in November 2017 brainstormed seven possible military options against Pyongyang.

Several other military personnel have criticized Washington’s strategy, highlighting that even defensive measure are not guaranteed to be effective.

Washington’s Terminally High Altitude Area Defense (THAAD) system boasts perfect success rates on intercepting missile attacks. However, experts caution that this was achieved under test conditions and not in combat.

“Even if it had a test record of 100 percent, there are no guarantees,” International Institute for Strategic Studies fellow Michael Elleman pointed out, according to Reuters.

“It will probably require another year or two of development before this missile can reliably and accurately hit high-value continental U.S. targets, particularly if fired under wartime conditions,” said Washington-based 38 North commentator John Schilling.

Tensions between Pyongyang and Washington have remained high since North Korean leader Kim Jong-Un achieved several milestones in its nuclear program and affirmed during his New Year’s speech that his country possessed nuclear technology capable of striking the US.

US president Donald Trump responded with an angry barrage of tweets, stating that his own “Nuclear Button” was bigger and better, but actually worked. He also taunted North Koreans to tell Kim “someone from his depleted and food starved regime” should “please inform” him of those claims.

In an 60 Minutes’ interview on Sunday, US Secretary of State Rex Tillerson reiterated his hawkish strategy to continue pressuring North Korea to give up its nuclear ambitions.

“We’re not using a carrot to convince them to talk, we’re using large sticks and that is what they need to understand. This pressure campaign is having its bite on North Korea,” he said.