Children are increasingly at risk of being sexually abused because underage sex has become “a normal part of growing up” in the UK, a new report argues.

The Family Education Trust says health and social agencies are increasingly taking it for granted that children under the age of 16, Britain’s legal age of consent, are engaging in sexual activities.

The report said the “expectation” of underage sex is leaving children vulnerable to abuse and exploitation, as health and social workers fail to ask individuals about their partners.

“Relaxed attitudes towards underage sex has led to what can only be described as a paralysis in child protection agencies as far apart as Rochdale in the north, Torbay in the south, Thurrock in the east and Liverpool in the west,” said Norman Wells, who is the director of the trust and author of the report, the Daily Mail reports.

Speaking on TalkRadio on Monday, Wells said the trust is calling for a ban on providing contraception and sex advice to those under the age of 16 because they are encouraging underage people to have sex.

TalkRadio presenter Julia Hartley-Brewer challenged Wells’ claim, arguing that without contraception there would be more teenage pregnancies and diseases spread.

“I’m thinking realistically we are going to have an awful lot more of sexually transmitted diseases and a lot more unwanted pregnancies, rather than a lot less underage sex,” Hartley-Brewer said.

The research follows reports that young girls are being exploited and groomed by older men after being failed by police and social services. 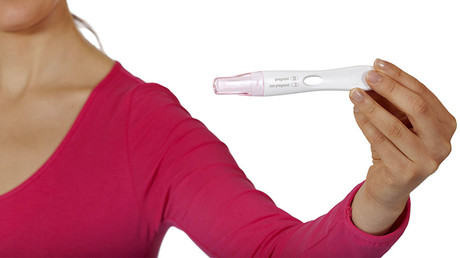 It looked into seven serious case reviews, including alleged abuse in Bristol, Oxfordshire, and Rotherham, that took place over the past four years.

It found a common tendency of social and health agencies to refrain from asking young people about underage sex for fear of sounding judgmental, meaning any signs of abuse inevitably go undisclosed.

The report claimed, in the case of Rochdale, underage sex went “unchallenged” and “many young people were placed at risk of sexual exploitation” because reducing the number of teenage pregnancies was the main priority for agencies.

In one case, no action was taken after a 14-year-old girl informed a crisis intervention team that a 21-year-old man had made her pregnant.

“Even though the normalization of underage sex has been identified repeatedly in the serious case reviews as a reason for the complacency of child protection agencies, there is no indication of a willingness to address these underlying issues either at the local or the national level,” Wells said.

“A clear picture emerges of a culture in which underage sexual activity has come to be viewed as a normal part of growing up and seen as relatively harmless as long as it is consensual,” Paton was reported saying in the Daily Mail.

“An unhealthy emphasis on confidentiality has been used too often as an excuse to exclude parents who might have been in a position to help stop the abuse at an earlier stage,” he added.

The report calls for new guidelines giving “explicit recognition to the role of parents,” as well as a review of the Crown Prosecution Service guidance so that “due rigour is restored to the law on the age of consent.”