Although Ivanka Trump will not become a government employee, she is set to have an office on the West Wing’s second floor, with access to classified information and government-issued devices.

Ivanka will not be sworn in or have a salary. The first daughter does not have an official title or position. Rather, her attorney, Jamie Gorelick, told Politico that Ivanka will serve as the president’s “eyes and ears.”

Since President Donald Trump took office, his daughter has been at the White House to visit her husband, Jared Kushner, senior adviser to the president. She has also sat in presidential meetings with political and business leaders.

On Friday, Ivanka raised eyebrows when she was pictured sitting next to German Chancellor Angela Merkel during a meeting on vocational training with the president.

Now that she will be a part of the team, Ivanka says that she will voluntarily adhere to the same rules that would apply if she were a government employee.

“While there is no modern precedent for an adult child of the president, I will voluntarily follow all of the ethics rules placed on government employees,” Ivanka said in a statement, according to the New York Times.

Ethics watchdogs are questioning the potential conflicts of interest and violations of anti-nepotism laws that normally prevent relatives from being appointed to government positions.

Norm Eisen, the chief White House ethics adviser under former President Barack Obama, told Polito that Ivanka is not adhering to the rules “to be nice.”

Richard Painter, the chief White House lawyer on ethics under former President George W. Bush, told the Associated Press that for all intents and purposes, Ivanka will be working as a White House employee, meaning “she, like her husband, has to follow the rules.”

“It’s not a huge deal if she stays out of things that affect her financial interests,” he said.

To comply with federal ethics standards, Ivanka has divested some assets and placed her brand in a trust that will be controlled by Josh Kushner, her brother-in-law, and Nicole Meyer, her sister-in-law. 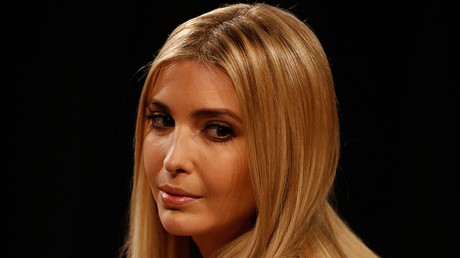 While she has given control of her company to her top executive, Abigail Klem, who will serve as president of her company and oversee the day-to-day operations. Ivanka will still own her brand and retain the power to veto any deals that could be considered “unacceptable from an ethics perspective.”

The company will not be able to make any agreements with foreign countries, and Ivanka says she will no longer appear in advertisements. She has also has separated her personal and business social media accounts to comply with ethics standards.

“The one thing I would like to be clear on: we don’t believe it eliminates conflicts in every way,” Gorelick told Politico. “She has the conflicts that derive from the ownership of this brand. We’re trying to minimize those to the extent possible.“

An ethics complaint has already been filed against the Trump administration for promoting Ivanka’s clothing line after Trump’s senior advisor, Kellyanne Conway, went on Fox News to give a “free commercial” for Ivanka’s product line.

The ethics complaint filed by Citizens for Responsibility and Ethics in Washington (CREW) called Conway’s remarks “an apparent violation of federal law, ethics regulations and other standards of conduct.”