A group of British ultra-Orthodox Jews have launched a million-pound fundraising drive to stop “pure and holy children” from leaving the strict faith community and living with “irreligious parents.” 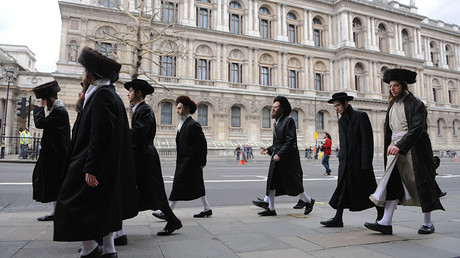 The fundraising drive was set up to fund the legal fees of divorcing parents involved in child custody battles with ex-partners who want to join mainstream society, the Independent reports.

Flyers have been distributed in London’s Stamford Hill calling for the Charedi community to back the bid, saying: “Rescue the Children Convention: We now need one million pounds and therefore the community is requested to join in with a minimum sum of £500.”

The flyers were accompanied by a letter of support from a local rabbi stating that they wish to fight cases involving 17 children.

“To our great pain, and our misfortune, our community finds itself in a terrible situation – 17 of our pure and holy children where one of the parents, God rescue them, have gone out into an evil culture, and want to drag their children after them,” the letter, as seen by the Independent, reads.

“This is a degree of apostasy and this situation has motivated our rabbis who are in Israel… to come here in a personal capacity to increase prayer and to gather money for legal fees, and to achieve this a convention has been organised of prayer and also to collect money.”

The Charedi community is notoriously insular and practices a 19th century interpretation of the Jewish faith, which includes arranged marriages, wearing old-style European dress, and speaking Yiddish.
It has previously come under scrutiny for threatening pupils with expulsion if their mothers drove them to school on the grounds that it was “contrary to the rules of religious modesty” for women to drive. 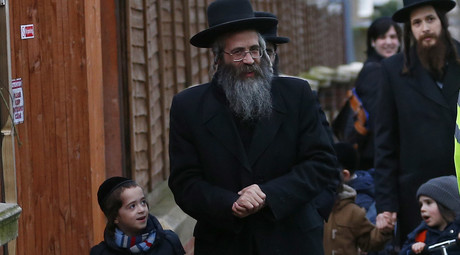 Earlier this year, it was reported more than 1,000 children in Charedi communities are attending illegal schools where secular knowledge is banned and they learn only religious texts, meaning they leave school with no qualifications and are often unable to speak English.

Former community members told the newspaper the new fundraising bid tears families apart by denying those wanting to leave the religion access to their children as punishment.

The practice unfairly skews child custody battles in favor of the funded parent who remains in the group rather than enabling custody to be decided on the basis of the interests of the child, they say.

A spokesperson for GesherEU, a charity supporting people wishing to leave Charedi communities, told the Independent: “[Child custody cases instigated by a parent leaving the community are] seen as a huge threat to the Charedi community, knowing that people can leave the community and take their children with them and give them a decent secular education and live successfully outside of the community.

“It is very common within the Charedi community for the religious parent to receive full financial support throughout the court process to ensure the children remain within the community. The parent who stays religious will receive fully funded solicitors and barristers with the sole intention of ensuring the children remain resident with the parent who stays in the community.

“The religious parent will be pressurised into filing for full custody and even lie in court so that the other parent is seen as an ‘unfit parent’ and lose custody/contact with their children.

“Often parents who leave will experience domestic violence as the religious parent will resort to threats and emotional and physical abuse to try and coerce their spouse to remain married and living within the Charedi community,” the spokesperson said.