A senior Tory MP is calling for an inquiry into the failure of government agencies to release information about the UK’s role in the rendition of terror suspects.

Andrew Tyrie, chair of the All-Party Parliamentary Group on Extraordinary Rendition, has urged the Crown Prosecution Service (CPS) to provide the committee of MPs and peers with the evidence it gathered on Britain’s involvement in the rendition of terror suspects. 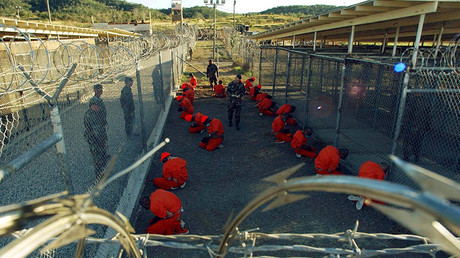 Last month, a joint CPS and Scotland Yard inquiry into the abduction and subsequent torture of two Libyan dissidents cleared ministers and MI6 officials of wrongdoing.

“There is a wide gap between previous government statements, and what we now know. This illustrates the need for an inquiry,” he wrote in a letter to Dominic Grieve, chair of the parliamentary Intelligence and Security Committee (ISC) and former attorney general.

Ignoring calls for an independent judicial inquiry, then Prime Minister David Cameron tasked the secretive ISC to investigate MI6’s role in the rendition of Abdel Hakim Belhaj and Sami al-Saadi, who were transferred from countries in southeast Asia to Tripoli by MI6 and CIA agents in 2004. The two men were later tortured by Libyan authorities.

Tyrie argued that evidence collected during Operation Lydd would be “vital in understanding what went wrong and by whom.”

“Responsibility for the facilitation of rendition should not have been allowed to fall through the cracks,” Tyrie wrote.

“That it has done so and for a decade is, frankly, a scandal. It is now crucial to find out who authorized these operations and how.”

Tyrie, who is also is chair of the cross-party House of Commons Treasury Select Committee, told the Guardian that the ISC should take steps to obtain relevant information held by foreign agencies.

“There has to be an extremely good reason for withholding anything from the ISC on something as serious as this,” he said.