The UK’s tough immigration controls may be moved to Irish ports and airports following Britain’s withdrawal from the EU, in an attempt to stop Ireland being used as a “backdoor” into Britain, a minister has signaled.

Northern Ireland Secretary James Brokenshire argued that the move would allow the two countries to maintain the nearly century-old common travel area (CTA) in the wake of Brexit. 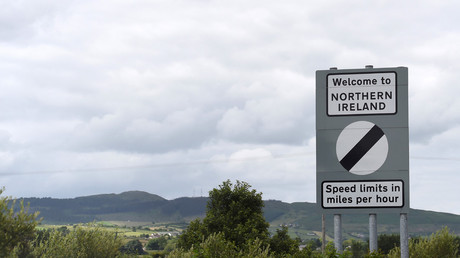 “We have put in place a range of measures to further combat illegal migration working closely with the Irish government,” Brokenshire said in an interview with the Guardian.

“Our focus is to strengthen the external border of the common travel area, building on the strong collaboration with our Irish partners.”

Brokenshire suggested that moving the border controls would be an alternative to imposing a “hard-border” between Northern Ireland and the Republic of Ireland, a move many fear would violate the 1998 Good Friday Agreement.

“Political stability and prosperity in Northern Ireland has been hard fought over many decades, and we will not do anything to undermine it,” Brokenshire said.

The measures will primarily target non-Europeans, as EU nationals are automatically granted the right to enter Ireland.

“In terms of the threat of illegal immigration through the border, the sharing of information is vital, as is the sharing of systems and the use of digital technology,” he said, according to the Guardian.

“These are means by which we can ensure that any adverse impact is minimized.

“The object of our engagement is to maintain the common travel area,” he told the paper. 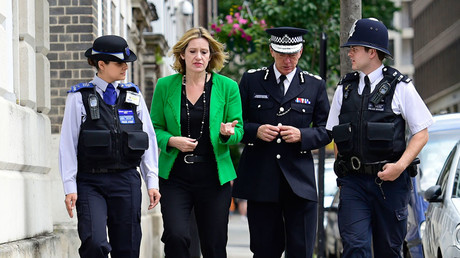 The ministers’ comments come as groups of protestors gathered in six locations along the border between Northern Ireland and the Republic to rally against Brexit on Saturday. Fifty-six percent of Northern Irish voters chose ‘remain’ in the UK’s EU referendum in June, and all but one of Northern Ireland’s major parties backed remaining in the bloc.

The Belfast High Court is examining two legal challenges against Brexit, in which claimants are arguing that leaving the Union could undermine gains made in the Northern Irish peace process.

Meanwhile, concerns that France may terminate a 13-year border agreement that allows British border controls to take place in Calais have surfaced as French politicians threatened this summer to reexamine the deal post-Brexit. The move has stoked fears that Calais-style migrant camps could spring up along the coast in southeast England.