Britain is preparing for a counter-propaganda war against Russia amid allegations that the Kremlin is spreading fake news regarding the poisoning of Sergei Skripal.

Intelligence services will now be tasked with identifying trolling social media platforms in a bid to clamp down on what is deemed by the UK government as ‘misinformation.’ The new instructions are included in the Fusion Doctrine, unveiled as part of the National

Security Capability Review, to be published on Wednesday. It seeks to tackle the perceived threat from Islamic State (IS, formerly ISIS), Russia and North Korea. 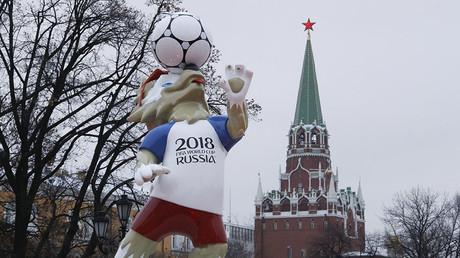 Increased efforts to tackle fake news come amid security experts alleging, in the Telegraph, that Russia put out more than 20 stories “trying to confuse the picture and the charge sheet” over the poisoning of ex-double agent Sergei Skripal and his daughter, Yulia, in Salisbury earlier this month.

It follows reports of Britain sharing “unprecedented levels of intelligence” with countries in a bid to persuade them of Russia’s involvement in the Skripal attack. The material provided includes evidence from the chemical weapons facility at Porton Down, just outside the Wiltshire town. The information was cited as being key to 23 states and NATO expelling dozens of Russian diplomats. The UK usually only shares highly classified documents with fellow ‘Five Eyes’ countries, namely the US, Australia, New Zealand and Canada.

Labour leader Jeremy Corbyn received widespread criticism after failing to squarely point the finger at Russia over the Skripal case in the aftermath of the poisoning. He requested that more evidence be made available and that the channels of international law be utilized before people make allegations against the Kremlin.

While expelling three diplomats from the Czech Republic, President Milos Zeman echoed such calls, saying: “I want to see the facts. I will certainly welcome if the United Kingdom presents some evidence that the Russians wanted to kill the double agent Skripal,” Blesk news outlet reported on Tuesday. Zeman has also ordered the Czech counter-intelligence services to investigate whether the A-234 nerve agent, also known as Novichok, could have been produced in his country.

Russia has vehemently denied any wrongdoing and has hit out at the UK’s refusal to allow it to assess the agent. It has also criticized Britain for failing to disclose information relating to the case.

Russian Foreign Ministry spokeswoman Maria Zakharova responded to the diplomatic expulsions, saying: “An adequate response will be given to all steps of the United States and the European Union, which we see. This refers to the expulsion of Russian diplomats and the closure of the consulate-general [in Seattle].”

“We demand that the UK provide all available information on this case,” Zakharova added. “To date, Russia has received zero information on what happened. Perhaps this data is not being made public because it includes nothing but political slogans.”