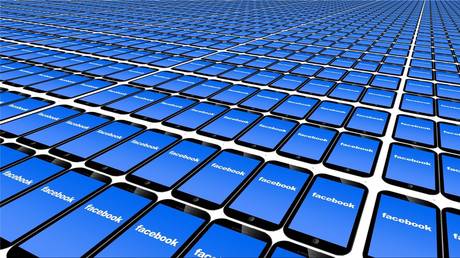 The UK is rolling out a draconian new ‘harmful content’ policy that will punish social media with massive fines if they fail to remove ill-defined “hate speech,” “misinformation,” and “problematic content” quickly enough.

An “independent tech regulator” would have the power to impose fines amounting to as much as 4 percent of a company’s value if Facebook, Google, or any other social media platform is too slow to remove objectionable content, according to UK digital minister Margot James, who told Business Insider the new rules would be officially unveiled next month. The regulations are purportedly aimed at eradicating “illegal hate speech,” along with child grooming and “problematic content” related to suicide and self-harm, but also target the Western governments’ beloved punching bag, “misinformation.”

While the new regulator is supposed to be independent of government, it will be up to ministers to decide whether to set up a brand new body or just hand the responsibility for censoring objectionable content over to Ofcom – the same regulator which was recently found to be colluding with a government-funded “think tank” to tie up RT in regulatory red tape with astroturfed “complaints.”

Also on rt.com
Was ‘Institute for Statecraft’ behind Ofcom’s targeting of RT? Sleuths point to yes


Based in part on Germany‘s NetzDG laws, which fine companies tens of millions of dollars for hate speech if offending messages are not deleted within a certain period, the new UK regulations won’t stop at censoring “illegal hate speech” (which James apparently defines as anything from terrorist recruitment videos to racism, leaving plenty of wiggle room for neocon think-tanks to sink popular alternative media pages). Child grooming, “problematic content” related to self-harm, and even “misinformation” can now cost tech companies billions of dollars – up to 4 percent of their revenue – if they do not act quickly.

“Tech companies listen with their wallets,” Conservative MP Damian Collins said, praising the German model. Collins recently led an 18-month parliamentary investigation into “fake news” on social media, and the results didn’t bode well for independent-minded users and content creators. The report decried “malign forces” spreading “disruption and confusion,” liberally sprinkling the descriptor “Russian” throughout in case there was any doubt what flavor of “discord” was being sowed.

Also on rt.com
Why UK report on ‘digital gangster’ Facebook is a thinly veiled call for censorship


Tech executives could actually face criminal penalties if they are unable to rein in malicious use of their platforms, according to Culture Secretary Jeremy Wright, who joined James on a jaunt to Silicon Valley earlier this month to meet with Facebook CEO Mark Zuckerberg and hammer out the details of the regulation.

James admits it isn’t social media’s fault that “toxic content” is posted on their platforms, but insists, “you’ve got to take it down before it proliferates.” She was open about her desire to impose the model on other governments, lamenting that the US government does not ban hate speech but expressing hope that the UK model could be a “template,” ensuring “other governments follow our lead.”