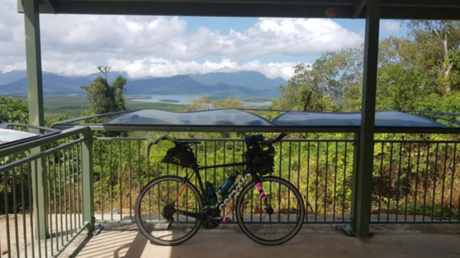 A British teen, attempting to become the record holder for youngest solo round-the-world cycle, has had his bicycle stolen on the first night he actually locked it up since starting the 18,000-mile adventure.

Charlie Condell’s bike was stolen in North Queensland, Australia, on Monday, day 103 of his round-the-world solo effort. His passport, camping and cycling gear were also taken.

The 18-year-old claims it was the first time he locked his bike, named Colin, since he set off from the UK on 6 July. The teen from Bristol had already taken in 20 countries across Europe and Asia and clocked up more than 11,000 kilometers before the unfortunate mishap.

“The bike does mean a lot to me,” Condell said as cited by ABC News. “I know it’s just a bike and you can always get another one but that particular bike has gone through a lot of suffering and it’s also brought me through a lot of amazing experiences. I’ve seen a lot of incredible things because of that bike.”

All is not lost, Condell says, as he set such a pace initially that he has somewhat of a buffer before he misses out on setting the world record. The current record for youngest person to solo circumnavigate on a bicycle is held by then-19-year-old Tom Davies, who accomplished the feat in just six months.

“I’ve had so many messages, lots of people offering help, places to stay, a couple of free bikes offered,” Condell said. He is aiming to finish before his birthday on March 20.

Within just eight hours of posting the bad news, Condell had already received an offer to replace his stolen bike from the Tour De Office event which aims to promote awareness of the dangers of the modern sedentary lifestyle.

Charlie we’re sorry to hear about your bike! We think what you are doing is inspirational and will encourage so many people to get moving so we’d love to offer a replacement bike to get you back on the road! You’re also invited to join our #tourdeoffice event next week!

Condell now plans to leave Townsville and pedal to Melbourne or Adelaide before heading to New Zealand and then the US.