British schools across the UK are on lock-down after threats of terrorist attacks against children were received. Around 12 institutions in London, Devon, Cornwall and Durham have received the threat.

In a statement the Metropolitan Police said: “The Met has received a number of reports relating to malicious communications sent to schools across London on Wednesday, 28 March. These are currently being treated as hoaxes. There is no evidence to suggest that this is terror-related.” 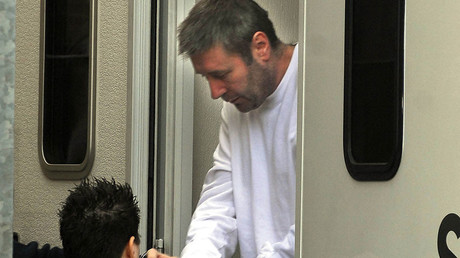 Early reports of parents rushing to schools to collect their children have emerged, while some schools are said to have implemented extra security measures, some blocking gates and pulling down shutters.

One parent said to the Plymouth Herald a caretaker from Marlborough primary school came out and told parents there was a terrorist threat, saying children would be “hit with a car.”

Some schools are asking parents to pick up their children from 2:30pm in case the threat is credible. Others have said they do not believe there is any reason to close early, doubting the veracity of the threat.

“Enquiries continue to establish the facts and forces are working together to investigate who is responsible.

“Police take hoaxes extremely seriously. They divert police resources and cause disruption and alarm to the public.”

Cambridgeshire Police also issued a statement, saying: “Enquiries are being carried out to establish the facts and forces are working together, along with the National Crime Agency, to investigate who is responsible.

“The emails say that at 3:15pm a car will drive into as many students as possible as they try to leave.

“It says: ‘If you try and evacuate them the driver will get out and shoot any student leaving.

“‘You have a choice here, you can ignore this email and risk the lives of the students you say you care for, or you can listen to what we are telling you.

On Police advice and contrary to media reports the pupils will be dismissed at the usual time (3pm). @gmpolice have confirmed any threat to the school is a hoax.

The threats come after bomb scares at schools in Hertfordshire last week. They were deemed to be a hoax by police.

The emails sent to schools in Hertford originated in the US. In total, it is claimed 24,000 emails were sent. The hoax led to the evacuation of thousands of pupils.