The UK is restricting the work of OPCW specialists involved in the investigation into the Amesbury poisonings, a former UN chemical inspector has told RT, after Britain invited experts to assist with the case.

Detailing that the Organisation for the Prohibition of Chemical Weapons (OPCW) remit will be limited by the UK’s ‘technical assistance request,’ Anton Utkin, a former UN chemical inspector in Iraq, stated: “The UK’s desire is that OPWC confirm the chemical agent, that the UK has already identified. That means that the OPWC specialists will be limited to take only those samples that UK will allow, they will interview only those people that the UK would allow. 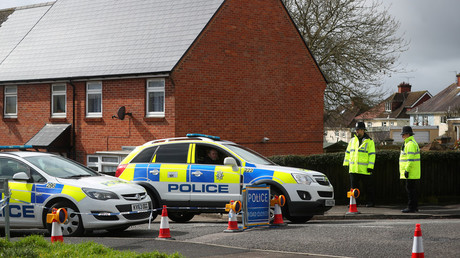 “So it’s very important for the UK that OPWC specialists only perform their requested tasks, otherwise the information about the investigation could spill out.”

Experts from the OPCW will return to the UK following a request from the UK Deputy Permanent Representative who invited them to assist the work already taking place – in accordance with Article VIII 38 (e) of the Chemical Weapons Convention.

In March, former Russian double agent Sergei Skripal and his daughter Yulia were poisoned in Salisbury by what the UK government reported to be the Russian military-grade nerve agent ‘Novichok.’ The Skripals have since recovered and were discharged from hospital.

Utkin who has previously led the process of destroying chemical weapons in Russia, said of the poisonings of Yulia and Sergei Skripal, that: “If you read the report of the Salisbury technical assistance, the OPCW stated very clearly they were not allowed by the UK to identify other chemicals found in the sample, other than those that were requested. And we know that the UK asked to confirm only one chemical A-234 [referred to by the British government as Novichok].

“So here’s the question, why was the technical assistance only asked after such a long time after Sturgess and Rowley were exposed to the poison. Because the UK would like to make sure that the OPWC would be directed only to the right spot to take the samples.”

On July 4, British police reported that a local couple was poisoned in Amesbury, a town not far from where the Skripal incident occurred. One victim, Charlie Rowley, 45, recovered, while his partner Dawn Sturgess, 44, died in hospital.

The time that has passed from the initial poisoning to the London’s request, was also cause for concern for Utkin. “It might be too late to take samples [from Charlie Rowley] because after three-four weeks the chemical nerve agent, would be washed out of the body due to metabolism. It might be difficult to find the enzyme affected by the nerve agent.”

In the case of [Dawn] Sturgess who died, metabolism processes have stopped, it is then possible to find the enzyme which was affected by the nerve agent. There is a chance.”

Utkin reiterated that it’s the limited nature of the OPWC’s remit that will hinder the investigation.“I believe that if we were able to know about other chemicals that would be found in the bodies of the victims, it would shine light on what really happened to them.”