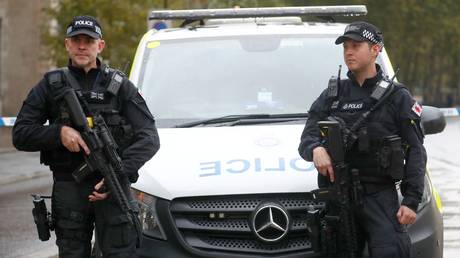 The actions of a man who stabbed a teenager in the village of Stanwell, near Heathrow Airport, while hurling racist abuse were “inspired by the far-right” and are being treated as terrorism, British police said.

Despite the investigation only beginning, it is clear that the incident bears “hallmarks of a terror event, inspired by the far right,” Neil Basu, head of the UK’s counter-terrorism police, said in a statement.

“Police are committed to tackling all forms of toxic extremist ideology, which has the potential to threaten public safety and security,” Basu vowed.

The 50-year-old suspect was arrested on Saturday on charges of attempted murder and racially aggravated public order offenses.


The perpetrator attacked a teenager with a knife and a baseball bat at a carpark of a local mall. He shouted racial abuse and asked if the 19-year-old if he wanted to die before stabbing him, a witness told local media.

The young man, who was in the driver’s seat of a car, managed to block the attack with his hand to escape with non-life-threatening injuries. He swiftly started his car and drove away, but still required hospitalization.